‘I Had To Learn A Lot on My Own’
Votes 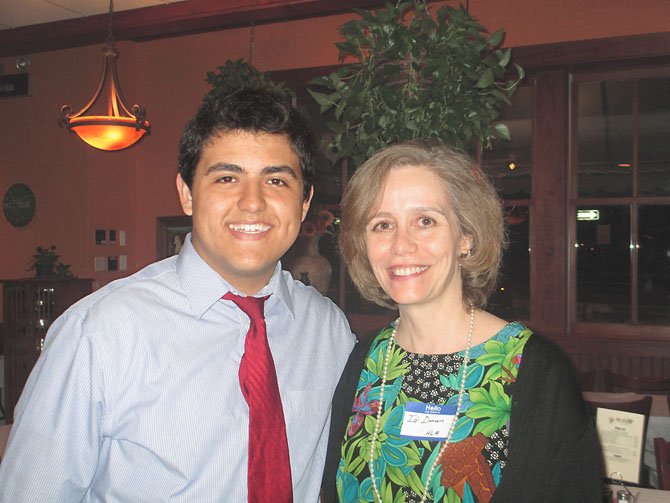 Centreville — Centreville’s Joe Fletcher, 18, just graduated from Westfield High. But before he did, he won a scholarship from the Hispanic Leadership Alliance (HLA).

His school counselor, Bill Sidener, wrote the recommendation for his award and, as far as he’s concerned, the HLA couldn’t have picked a better recipient.

“He’s one of those kids I’ll remember my whole career — and this is my 16th year doing this,” said Sidener. “That’s because he’s tenacious, doesn’t take ‘no’ for an answer and always has a goal in mind. Joe’s also honest and polite, and his integrity is unmatched.”

“If we have our future in kids’ hands, he’s the kid in whose hands I’d want my future.”

Fletcher was raised by a single mom, and Sidener says he’s appreciative of everything he’s received. “He even thanks his teachers when he leaves the classroom,” said the counselor. “He seems like an older soul with more experience than he actually has, and I’ve enjoyed every conversation with him. He definitely deserves this award.”

His AP calculus teacher, Christy Jenkins, called him a “phenomenal” student. “He soaks up information — you can’t teach him enough,” she said. “And he comes at things from an engineering perspective; he wants to know how they work and how they apply, instead of just memorizing facts.”

She said Fletcher was always prepared for her class, but didn’t need to take it for graduation. “He took it because he was motivated to do so, and I think he applies this ability to everything,” said Jenkins. “If we have our future in kids’ hands, he’s the kid in whose hands I’d want my future.”

Born in the U.S., Fletcher moved to Bolivia with his mother as a toddler so she could work. When he was 10, they returned to Centreville where he attended London Towne Elementary and Stone Middle School before heading to Westfield.

“I like Westfield’s school spirit,” he said. “The school’s so big, but we come together for special events. And that made my time at Westfield special and made it feel like a family.”

Now, he’s a new engineering student at Virginia Tech. “My mom’s brothers helped raise me in Bolivia and were one of the main reasons I’m going into engineering, because they’re both engineers,” said Fletcher. “I like problem-solving, doing different ways of thinking and coming up with solutions to make things better.”

He’s double-majoring in computer engineering and computer science. His dream job is to someday work for Google. “A lot of learning, for me, has come through the Internet when teachers couldn’t always answer my questions,” said Fletcher. “So I want to help others.” 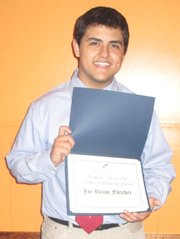 In May, he received a $1,000 scholarship from the HLA and was delighted to get it. That means he’s now received $5,000 in scholarships because the Martin Luther King Foundation awarded him $2,000 for his first two years in college.

“My mom was an office manager, but she was laid off because of the economy and has now been unemployed for a year,” said Fletcher. “So I’m blessed because — including two loans and government grants — I’ve gotten $15,500.”

He’d also been working in the warehouse of a moving company in Sterling to make a little extra money. But he’s now away at VT, participating in its Student Transition Engineering Program (STEP). “It’ll introduce me to the engineering program,” said Fletcher. “And I’ll also see what I’ll have to work on and what I’ll need to do to succeed there.”

To be eligible for the HLA scholarship, he had to write an essay, and he did it from the heart. “I talked about being an only child with just a mom and a lot of tough moments,” he said. “I told them, ‘I’m not looking for pity — I just want to tell you what made me the man I am today. You can face any obstacles if you have your friends and family and set your goals.’”

Not having a father, said Fletcher, “I had to learn a lot of things on my own, so I had to mature a lot earlier. I was determined not to be the man my father was, but to be a better person, work hard, take responsibility and make plans for the future.”

“I was really excited to get the HLA scholarship,” he said. “It was the second scholarship I won, so it meant that all my financial aid was coming together and I could breathe a little easier.” As for his advice to other students, he says, “No matter what happens in your life, keep working hard, aim for tomorrow and always have a goal set.”