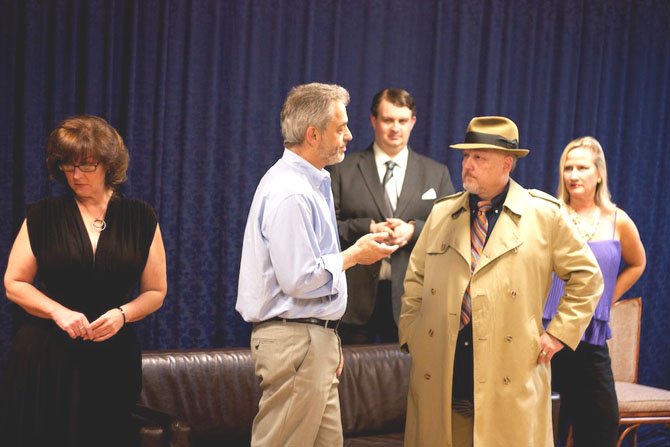 Directed by Hannah R. Archery and produced by Daryl Hoffman and Carol Watson, "Fake" tells the story of Fred Meyers (Dan Beckhard), an artist who is blacklisted from selling his art. Adding insult to injury, his ex-girlfriend, museum curator, Grace Barlow (Amy Treat), ditched him for the critic who had him blacklisted and Meyers’ current wife, Linda (Kathleen Kinsolving), has a boyfriend. So, Meyers is angry. When fake art turns up in Barlow’s museum, Barlow hires Helen Chisholm (Gaye Freese) to find out how $500,000 got into Meyers’ bank account. Meyers’ wife Linda is more concerned with getting the money and recruits her dimwit boyfriend, Mike (Samuel Sharp), to help. Meyers and Chisholm discover they share a troubled history and become romantically involved but their plan to reunite Chisholm with her daughter is threatened when complications arise. In addition to Beckhard, Kinsolving, Freese, Treat and Sharp, the cast also includes Richard Claar and Phillip M. Archery.

WHERE: CenterStage Theatre in the Reston Community Center, 2310 Colts Neck Rd. in Reston.

This production is the world premiere of "Fake," which has moved through three staged readings with the New Play Project and is the first NPP play to be fully staged at Reston Community Players. Playwright Gordon’s plays have won or been finalists in over 70 national and international competitions and many of his full-length and one-act plays have been published. His full-length play "Death Defying Acts," was recently published by Dramatic Publishing Company, followed by a second full-length, "The Revenge Plays." Gordon received the "Alan Minieri Award for Playwriting Excellence" from "The American Globe Theatre" in New York City. He is a member of the Dramatists Guild.