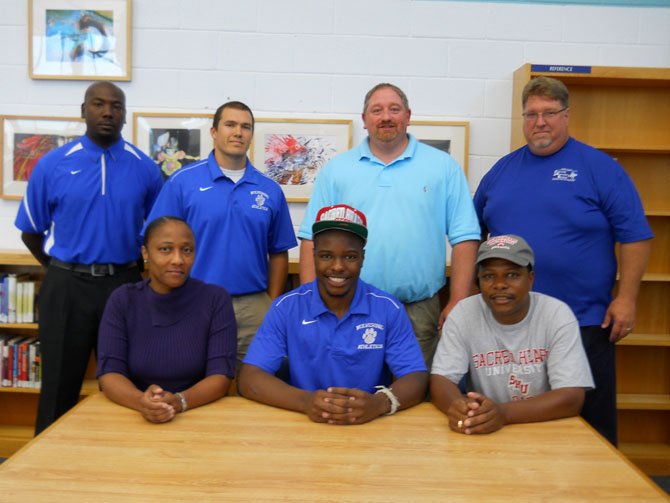 TaMaric Wilson, a 2012 graduate of West Potomac High School and a former defensive back on the school’s football team, has signed a letter of intent to play at Sacred Heart University in Fairfield, Conn., in the fall. Wilson was a three-year starter at free safety for the Wolverines, leading the defensive backs in solo tackles; assisted tackles; total tackles and defended passes. He was a team captain and first-team All-Patriot District selection.

Wilson was also a standout in the classroom. He was nominated as one of 30 National High School Scholar Athletes representing the Eastern Region by the National Football Foundation.

Wilson also played basketball, made the honor roll and won the school’s Most Valuable Team Athlete award for the 2011-12 school year.

Buccilli and the Aces were 7-5 entering action on June 20. Alexandria was tied for fourth place in the 10-team league, two games behind the first-place Rockville Express.

Alexandria will host Silver Spring-Takoma at 7 p.m. on Thursday, June 21.