Haddad Studio to Present ‘The Nutcracker’ 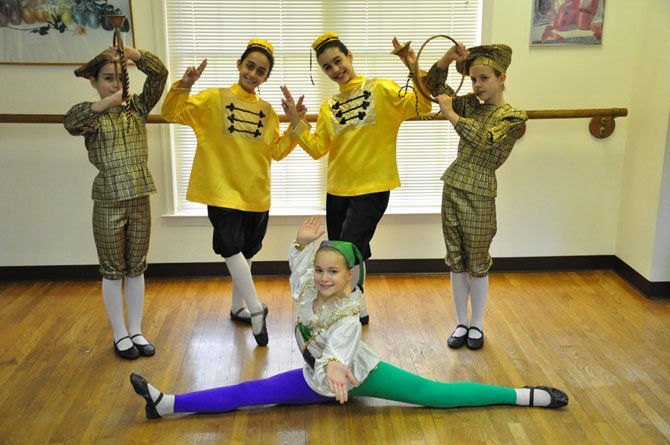 Rear, from right, Alexis Watkinson, Licole Luz, Kiana Khoshnoud and Sabrina Luz. Front, Meagan Warner. The dancers will participate in Margaret Haddad Studio of Classical Ballet’s annual performance of "The Nutcracker," which will be the weekend after Thanksgiving. Photo by Alex McVeigh. 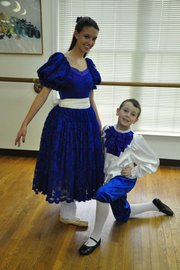 Great Falls — The Margaret Haddad Studio of Classical Ballet will present its 21st edition of "The Nutcracker" the weekend after Thanksgiving. Featuring 49 children, guest artists from several ballet companies and adult volunteers, the annual performances will take place at The Madeira School.

Guest artists will be Kirk Henning and Ceclie Tuzzi of the Richmond Ballet, and Aleksey Kudrin and William Smith of the Manassas Ballet. Past students Julianne Gurgel, Mary Jean Stack and Sally Horton will also be performing.

"It’s nice to combine the generations, because the younger girls seem to enjoy creating the fantasy of the show, and the older girls can really appreciate the technical aspect," Haddad said. "And both groups really enjoy the camaraderie, it’s what keeps them coming back year after year, and that’s a wonderful thing."

Haddad also credited her parent volunteers with helping put the show together.

"Rita Parks helped iron the more than 700 pieces of costume that we are using in the show," Haddad said. "Patty Pleasant and Mandy Sagar helped organize everything about going to the theater for the performances, and will help with costume changes. We’ve had an outstanding commitment from our parents, who are trying to make it perfect for everyone."

The performances will be Saturday, Nov. 24 at 2 and 7 p.m., and Sunday, Nov. 25 at 4 p.m. at The Madeira School, 8328 Georgetown Pike. Tickets are available for friends and family of the performers at www.brownpapertickets.com and for the general public on Living Social, or at the Haddad Studio, 9911 Georgetown Pike, in Great Falls.