‘There’ll Be Some Impact to You’
Votes

‘There’ll Be Some Impact to You’

“We know the importance of this road and how long you’ve suffered with the utility relocations. So we want to get in and out as soon as we can.”

David Denenberg of Chantilly’s Poplar Tree Estates community explains to son Jonas, 6, how the Stringfellow Road widening will affect them. 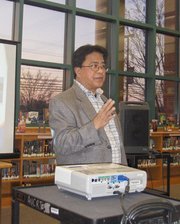 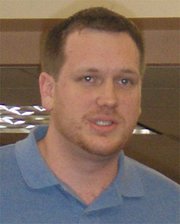 The good thing about Stringfellow Road is that it connects Route 50 in Chantilly to Route 29 in Centreville — and even links to the Town of Clifton.

The bad thing about Stringfellow is that people driving to and from all these places regularly clog the road and bring it to a standstill during rush hours, the start and end of the school day and on weekends during youth-sports events. It currently carries some 23,000 vehicles/day, and that number’s projected to increase to 33,000/day by 2034.

Providing some relief, the portion of Stringfellow between Fair Lakes Boulevard and Route 29 was four-laned in the 1990s by Fairfax County's Department of Transportation. But the 2.1-mile section between I-66 and Route 50 remained just two, traffic-choked lanes.

Now, though, construction is finally about to begin to widen those two lanes into four. Last Wednesday, April 3, VDOT held a public meeting in the Chantilly Regional Library to explain what local residents can expect during the next two years.

“This is an important milestone for the Stringfellow Road project,” said VDOT engineer Bud Siegel. “It’s a handing-off from the design side to the construction side. This has been on VDOT’s Secondary Roads Plan for a long time.”

Stringfellow's been designated a four-lane, divided road on Fairfax County's Comprehensive Plan since the early 1970s, but the project stalled due to a lack of funds. However, a November 2004 bond referendum brought $16 million for design and right-of-way acquisition, and another transportation bond in November 2007 brought $21 million more for construction.

More money was added later for a total of $63 million and, with input from the public, VDOT also completed the design. Planned are four travel lanes — two, 12 feet wide, and two, 14 feet wide; a 10-foot multipurpose trail, a 6-foot sidewalk and a raised, 16-foot, grass median. And bicyclists will not only share the trail with pedestrians, but also pedal side-by-side with cars, trucks and buses on each outer, 14-foot lane.

Right-of-way acquisition began in mid-2010, as did extensive utility relocations, which are almost finished. Making these relocations so complicated was the fact that they involved 12 utility companies, including major players such as Colonial Pipeline, Virginia Dominion Power, Comcast and AT&T.

Additionally, said Siegel, “This project has been tough to implement because of the parks, schools and residences along it. But we endeavored to minimize the impacts to the homes.”

During construction, VDOT will have a field office at Stringfellow and Northbourne roads (phone 703-825-7358. And VDOT Senior Construction Manager Oscar Jamilla told the 70-some people attending last week’s meeting, “You’ll be talking to me about your concerns.”

“We’ll try not to close lanes during the days, as much as we can,” he said. “But 90 percent of the work will be done during the day, so we’ll have to do some lane closures, as necessary. So bear with us because there’ll be some impact to you. The existing road will be mainly the northbound lanes. During construction, you’re going to see concrete barriers and separation of lanes.”

The actual construction will have four phases. Phase one will be the widening; phase two, building the southbound lanes; phase three, bridge construction; and phase four, work in the road’s center.

Austin Anderson, project manager for contractor Fort Myer Construction Corp. of Washington, D.C., said the company’s been in business 41 years and did night work last summer on I-66. “We know the importance of this road and how long you’ve suffered with the utility relocations,” he said. “So we want to get in and out as soon as we can.”

At night, said Anderson, “We need to set up barriers and do the [existing] lane-marking eradication and re-striping. In the next few weeks, we’ll start on the north end to remove the median and slightly shift lanes to the east so we can put down a barrier in the middle and work behind it.”

But some tasks must be done during the day and on the road, itself. For example, he said, “We can’t do intersection and drainage work from behind the barriers. But we have a great team assembled, including seven subcontractors and a project supervisor.”

A male resident asked what kind of barrier there’ll be “between our homes and the project.” VDOT engineer Ryan Wolfgang said fences presently along Stringfellow will be removed and replaced by a temporary chain-link fence with posts in the ground. And Jamilla said properties without fences of their own would also be enclosed by chain-link for safety.

To access Rocky Run Middle during construction, school buses and emergency responders will use the Poplar Tree Road entrance. Alex Bills, a Willow Springs Elementary sixth-grader, also asked a question. “I’ll be going to Rocky Run next year,” he said. “Will there be lots of noise during the day when I’m taking a test?” In response, a smiling Wolfgang said, “Yes.”

A woman living near Stringfellow and having young children with asthma worried about the construction dust. However, Wolfgang told her, “It’s in our contract that we have to keep the dust down.”

Also concerned about her children’s safety, living so close to the road project, she asked, “What are you going to do to keep our kids safe?” But VDOT Design Project Manager Zamir Mirza replied that “it’s up to the parents to make sure your kids aren’t playing in the construction areas.”

Explaining the type of noise residents can expect, Wolfgang said, “At night, there’ll be trucks with flashing lights and line-striping activities. You’ll hear the line-eradication grinder and the backup beeps of the trucks.” He said signs will warn drivers about a week or so in advance of night work.

“We plan to work, Monday through Friday, typically 7 a.m.-4 p.m., with the night crew working 9 p.m.-5 a.m.,” said Wolfgang. He said they’d also work on Saturday if it’s necessary to make up for any rainy weekdays.

VDOT expects “substantial completion” of the project by June 4, 2015, and Wolfgang said that means “all widening and bridges complete, with traffic in its final configuration.” All work is anticipated to be finished by July 17, 2015; and, said Wolfgang, “In phase four, we’ll be building back the final median and resurfacing the road.”

Telling why construction will take so long, Jamilla said, “We’re maintaining the traffic and keeping the road open while we’re doing it.”

Added Wolfgang: “If we just shut it down, we could get it done in a year.”