Fashion On the Go
Votes

Fashion On the Go 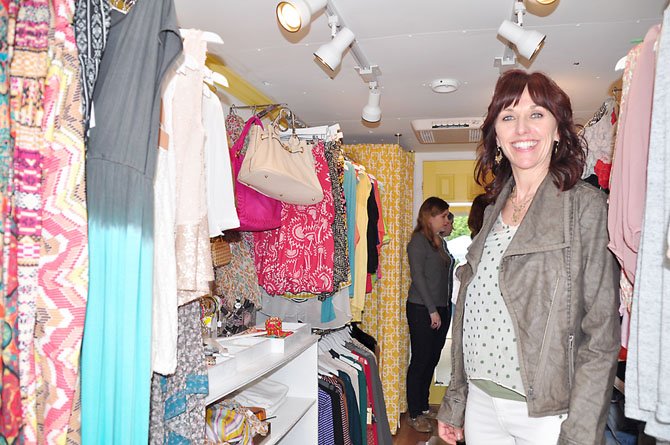 Janet Gonzalez with the Little White Fashion Truck, a mobile women’s fashion boutique. Gonzalez will be traveling around the area in her truck.

As the youngest of four girls, Janet Gonzalez got used to hand-me-down clothes at a young age. The child of two parents who lived through the Great Depression, she became interested in fashion very early, often riding her bike miles away to look at the latest trends on stores and magazines. 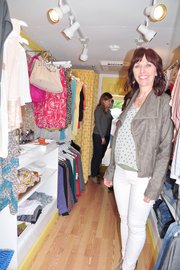 “I would take the money I made babysitting to the stores and wait for the latest pieces to come in,” she said. “It’s truly my passion, it’s something that I can forego eating or sleeping while I’m wrapped up in it.”

That passion had led her to an emerging trend in the fashion and business world. Last summer a friend sent her a news story about fashion trucks, mobile boutiques that travel to different locations selling clothes. After doing research online, she found one based in Severna Park, Md., the Little White Fashion Truck.

She got in touch with the owner, Shelley Sarmiento, and over the next few months they kept in touch.

Janet Gonzalez of McLean will be traveling around the area in the Little White Fashion Truck, a mobile women’s boutique.

“One day I just went out to see the truck, and connected right away with Shelley and we started talking,” Gonzalez said. “She wanted a truck in Washington, D.C., but she was being very careful about how she expanded, she wanted to do it right.”

Now Gonzalez is running the second Little White Fashion Truck, which is starting to make appearances around Northern Virginia.

Gonzalez’s truck is an old FedEx truck converted into a compact version of a regular boutique. It has mirrors, hardwood floors, track lighting, racks of clothes, display cases and even a fitting room.

THE CLOTHES are purchased from designers in New York, and stock rotates regularly.

“We get a certain amount of clothing, and once it sells out, we move on to the next item,” Gonzalez said. “Shelley understands the market, and I like to think I have a pretty good eye as well, and she’s great about taking feedback and following the latest trends. It keeps our stock very fresh, and it makes us very popular with the fashionistas. We have something different every time.”

In addition to clothes, the mobile boutique sells jewelry, handbags, scarves and other accessories. Inventory is priced competitively as well, aside from a few handbags, nothing in stock is more than $100. 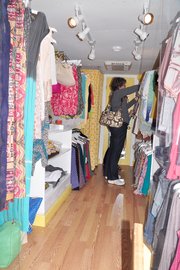 “In big stores or malls, it’s easy to get overwhelmed with so many choices,” Gonzalez said. “With the truck, people come in for 10 minutes, try in a few items, get the one they like and they’re done.”

Sally French, who lives in Montgomery County, heard about the Little White Fashion Truck on Facebook, and she traveled to an event Gonzalez hosted at a residence in McLean.

“I really think this is going to be the next big thing, I love it. They have things I just don’t see in stores,” French said. “I can get pretty overwhelmed in a mall, but here it’s easy to see everything in stock, and having Janet around is like working with a personal shopper as well.”

GONZALEZ, a 24-year native of McLean, was previously a pharmacist and later a sales representative, and has worked for business start-ups before.

“My previous experience forced me to be outgoing, to connect with people, and that’s something I’ve always enjoyed,” she said. “And I’m used to the ups and downs of getting a new business off the ground. We had a problem getting one of the trucks started today, but finding a solution to that is nothing when you’re dealing with months of delays getting a product out there, so I’m fine with it.”

Gonzalez also says she believes the business will give her a chance to give back to the community as well.

“I envision the truck in front of a school and donating a percent of the proceeds to the school,” she said.

Information on dates and locations for the Little White Fashion Truck can be found on their Facebook page. For more, see www.facebook.com/LittleWhiteFashionTruck.