A life dedicated to helping the needy. 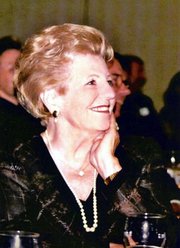 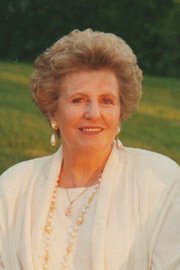 A Life of Service

Fredona Manderfield Gartlan, a longtime advocate for those suffering from mental illness, died April 22, 2013 at her home in Mason Neck. She was 85 and had suffered in recent years from Alzheimer’s Disease. The cause of death was an apparent heart attack.

She was the wife of the late state Sen. Joseph Gartlan, and the mother of six children. Fredona Gartlan was the first president of the Mount Vernon Mental Health Center Board and long-time member of the Fairfax-Falls Church Community Services Board. Together, she and her husband provided decades of leadership in Northern Virginia for those suffering from mental illness, cognition disabilities, and addictions. In recognition of their years of service, the Fairfax County Board of Supervisors named the Mount Vernon Mental Health facility in 2010 the Joe and Fredona Gartlan Center for Community Mental Health.

George Braunstein, executive director of the Fairfax–Falls Church Community Services Board, said, “Thanks to Fredona Gartlan’s many years of community leadership and advocacy, Fairfax County has a strong local network of community mental health services that is helping thousands of people, of all ages, on the road to recovery and health. It was her early involvement in mental health advocacy that inspired many others, including her husband, to get involved in improving community mental health services. Every day people come to the CSB’s Joe and Fredona Gartlan Center for Community Mental Health (in Mount Vernon) and find help. They may not have known Fredona, but their hope is her legacy.”

During her lifetime, Fredona Gartlan was also an active volunteer in many aspects of community life in Fairfax County, including at her children’s schools, civic associations and with the Wilton Woods and Hallowing Point Garden Clubs.

Her children wrote: “Our mother was part of the greatest generation of moms who selflessly devoted their lives to raising their children, supporting their husbands, and supporting their schools and communities. She was an extraordinary and gracious woman, a great friend and a champion for the health and well-being of those who were mentally ill and homeless.”

Fredona Gartlan’s children also expressed their deep thanks to Sookhee Lee, who provided great comfort, care and joy to their mother during her illness.

In lieu of flowers, contributions can be made to New Hope Housing, 8407-E, Richmond Hwy, Alexandria, VA 22309.