What More Could FBI Want?
Votes

What More Could FBI Want? 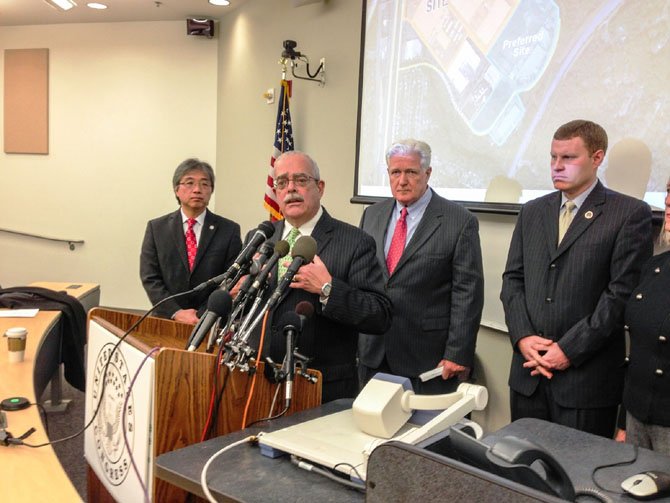 A high-ranking delegation of Virginia politicians gathered in Springfield Tuesday morning in a renewed effort to convince the Federal Bureau of Investigation to relocate its headquarters to a warehouse site in Springfield.

Since then, several jurisdictions across the Washington region have made it clear they have the ideal location for the bureau’s move.

But the Virginia delegation made the argument that the federally-owned warehouse in Springfield makes the best location for the FBI to consolidate as many as 11,000 employees for a number of reasons, including the fact that the GSA already owns the warehouse, which guarantees that federal government ownership of the campus is both clean and easy.

"Virginia checks every box," Warner said, "transit accessible, fiber-wired, synergy with FBI Quantico… Many FBI employees live in Virginia, and it is easy for DC and Maryland residents to commute."

Citing the bi-partisan display of unity in the effort, Kaine said he was "brought into this process by our three members of Congress - Connolly, Moran, and Wolf…It is characteristic of us in Virginia that we all work together. "

Wolf, who chairs the appropriations subcommittee overseeing the FBI, said the site is ideally located, with easy access to the CIA and Quantico.

Connolly agreed: "The FBI’s ability to interact with other federal anti-terrorism offices located in NoVA is critical."

Supervisor McKay, whose district is home to the warehouse site, said county officials will do "everything in our power to make sure zoning and other factors are in place."

McKay said the benefits to the federal government of relocating to Springfield "would be substantial."

In January 2012, Fairfax County joined Prince George’s County and the District in placing its marker on the table in the high-stakes competition soon after the Senate passed a resolution authorizing the GSA and FBI to seek new headquarters in December 2011.

"The FBI needs 2 million square feet of office space, located within two miles of a Metro station and within 2.5 miles of the Beltway according to the GAO. Redeveloping existing sites in DC would be extremely expensive, especially given the post-911 security features that are now required…It is adjacent to the Franconia/Springfield Metro Station, VRE, AMTRAK, bus service, and every highway except Route 66," McKay said at the time.

He pointed out that airport access will soon be served by two Metro stations once Rail to Dulles is complete.

Fairfax County would also benefit by high-paying jobs that would come to the area, and redevelopment of the site would spur construction of other office projects nearby and expand commercial tax base.

"You know the site makes perfect sense when the entire Northern Virginia Congressional Delegation, the Governor, the Governor-Elect, and State elected and appointed officials – both Democrats and Republicans- all agree on something," McKay added.

ACCORDING TO OFFICIALS, the decision by the GSA will be made in 2015. While other regional sites have been eliminated for various reasons, Maryland is still in the running with its site in Prince Georges County.

But Connolly predicts the Springfield site will be the chosen one.

"We're going to win this on the merits, not on politics. We had a number of sites in Virginia, but we put our parochial interest aside to support the best site for Northern Virginia and for our national security."