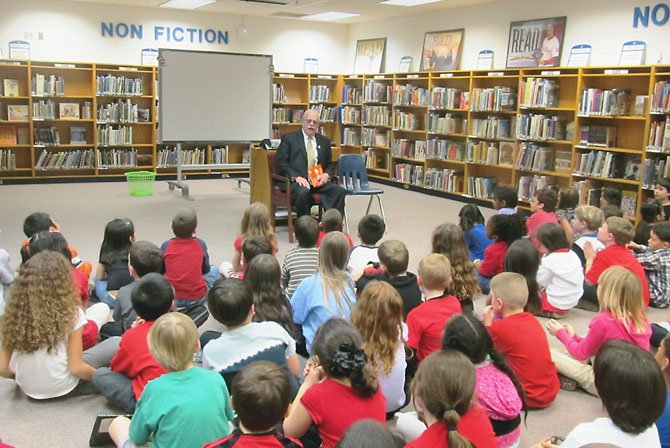 U.S. Rep. Gerry Connolly (D-11) entertained 75 Springfield second-graders during "Read Across America Day" last March to celebrate Dr. Seuss’ birthday at Hunt Valley Elementary School. “He gets an A-plus-plus for being funny," said Madeline Cassidy, 8, who thought Connolly could be a "real" teacher—if that congressional job doesn’t work out. Photo by Victoria Ross.

Q: What headline, or headlines, would you love to see for Northern Virginia in the coming year?

A: There are many; here are a few:

Q: What are—or should be—top priorities for our state legislators this session?

Q: What do you consider to be the number one issue affecting our community?

A: "Protecting and growing Northern Virginia’s economy and our vibrant public-private partnership with the federal government remains my number one priority for Northern Virginia. As a member of the House Oversight and Government Reform Committee that oversees government contracting, federal workers, information technology, and other related areas, I continue to work in a bipartisan manner to maintain the balance between government functions performed by our dedicated federal workforce and those best served by the private sector. In addition, addressing our region’s transportation needs and preserving a strong educational system are important factors in maintaining our economic growth and quality of life.”

Q: Have you driven on the Express Lanes?

A: “I have used the Express Lanes several times since they opened and found that they performed as promised. Despite heavy traffic on the Beltway, I was able to use the toll lanes to reach my meetings on time. I have received similar feedback from many constituents who appreciate another option to congestion.”