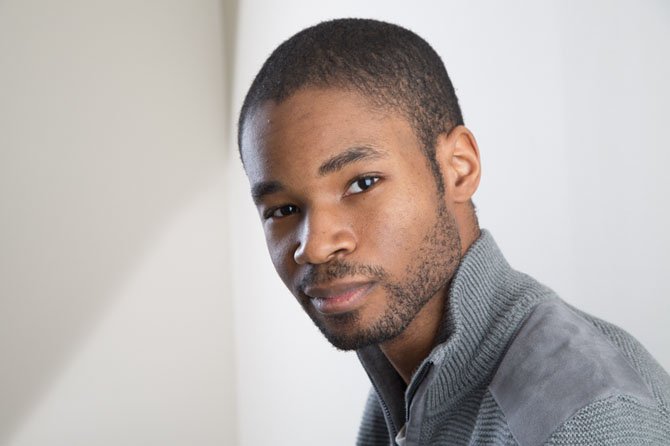 At a very young age, Brian Scarbrough of Reston was already showing signs of musical prowess. His mother Richie remembers singing a commercial while her young son was around, and Brian Scarbrough promptly informed her she was off-key.

“He told me I was singing in B flat, and the commercial was in B natural,” she said. “So I went and got the pitch pipe, and played the notes out on the piano, and he was right.”

Later in his youth, Scarbrough’s father Norman noticed that while the band at their church would play, the boy would cover his ears.

“We wondered why he kept covering up his ears when the band would play, and we finally found out it was because they were out of tune,” Norman Scarbrough said. “The sounds hurt his ears, but he was too young to know the problem, he just knew it didn’t sound right.”

BRIAN SCARBROUGH picked up the violin and began composing in the fourth grade while attending Hunters Woods Elementary School. He performed in the Langston Hughes Middle School orchestra under the direction of Irene Kohut-Ilchyshyn.

He graduated from Herndon High School in 2007, then attended the Boston Conservatory, majoring in music composition.

He will join forces with the Reston Community Orchestra Saturday, Jan. 19 as part of Reston’s Martin Luther King Jr. weekend celebration. The orchestra will perform a show comprised entirely of Scarbrough’s compositions.

Scarbrough first came to the attention of the orchestra when he did a few arrangements for them, which impressed Musical Director Dingwall Fleary.

“I was so impressed with not only how well they were done, but how quickly it was done, and that’s when we decided to commission a symphony,” Fleary said.

The orchestra played the world premiere of Scarbrough’s Symphony in E Minor in November 2010.

“We’ve been thinking about doing a concert with his works for some time now, an entire performance built around Brian’s pieces,” Fleary said. “He’s got enough written and with enough variety to make it interesting for the orchestra to play, and expose this community to an up-and-coming, local composer.”

The Martin Luther King Jr. concert will feature, in addition to other works by Scarbrough, the second complete performance of his first symphony.

“The symphony will be a little different than the first performance, we’ll interpret it differently than we did at the premiere, which will give it a freshness,” Fleary said.

“His work is very melodic, there are great lines that weave through the music, throughout each piece, that come up in different contexts, moods and colors,” she said. “And there are a lot of great rhythm changes that are a little unexpected, which is a big part of contemporary music, but also a lot of lush, beautiful melodies that are more classical in nature.”

Scarbrough says he wants his music to come across as very comfortable for the listener.

“It’s called the Mozart effect, music that seems very simple, but once you break it down, you find all the complexity that is going on,” he said.

For Fleary and other members, working with Scarbrough presents them with a special opportunity.

“I think for all of us it’s an exciting chance to play the works of a living composer, which, as you might guess, isn’t all that common for orchestra members,” Fleary said. “I can’t exactly go up to Mozart and ask his opinion about a particular arrangement, or ask him what he would do for a certain section.”

“We’ve been thinking about doing a concert with his works for some time now, an entire performance built around Brian’s pieces.”

THE CONCERT will also feature a reading of King’s 1964 speech when he accepted the Nobel Peace Prize, by Brian’s father Norman.

Scarbrough, who has seen his pieces performed before, says he is looking forward to seeing what the orchestra comes up with.

“I’m looking forward to seeing how they put everything together, I’ve been a part of an orchestra, I know how groups approach this sort of thing, how much work goes into a performance like this,” Scarbrough said. “I also know that there are a lot of composers that never get played, and I’m honored to get this sort of opportunity. There’s nothing that sounds better than an orchestra, when you get people together playing live.”

He also said he is grateful for his parents for supporting his musical endeavors.

“Not everyone has parents that support what they do, and I’m very thankful for that,” Scarbrough said. “Especially in an arts career, which doesn’t exactly take off very quickly, especially as a composer.”