Local author Nada Jabbour Hatem, a longtime Fairfax County resident, will be signing copies of her newly-released novel “Whom My Soul Loveth” on Saturday, May 11, from 11 a.m.-2 p.m. at Family Christian store located at 45591 Dulles Eastern Plaza, Sterling, Va., 20166. 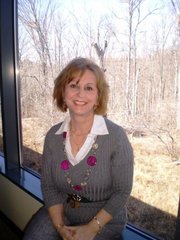 Nada Jabbour Hatem, of Fairfax, will release her new book "Whom My Soul Loveth" on Mother's Day, May 11.

The story centers around Dalal Abu Suleiman, an only child and heiress to one of the wealthiest and the most influential families in Lebanon. The newly adopted Christian faith by this pampered teenage girl—as her name suggests—causes her to lose everything at one point. She is torn from her own home and country, forsaken by her own mother and family, loses her identity and goes through the shadow of the valley of death for the sake of Christ. 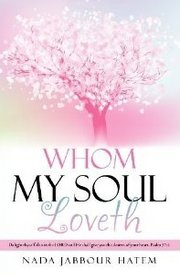 The new book by Fairfax author Nada Jabbour Hatem will be released on Mother's Day.

“It is my deep desire that this Christian love story will generate laughter—even amidst possible tears—and draw readers of all ages and all walks of faith to the heart of God,” said Hatem.

An accomplished poet, Hatem was born and raised in Lebanon, and has been living in the United States for nearly 35 years. While studying at a private school in Lebanon, she was the leading actress in multiple plays in which she performed, and her acting talent began to be noticed. She later would use this talent to write, direct and perform in many other Christian plays.

In late 1977, she found herself, her husband, and two small children preparing to leave her homeland in Lebanon for America, due to the raging civil war that had been ongoing for two years. At first, she and her husband resisted leaving, but one evening when they returned home from a weekend at her parents, they found a bullet lodged in her 2-year-old daughter’s pillow, and the decision to leave Lebanon was already made. A few weeks later, Hatem and her family made their home in a Washington, D.C. suburb. Over the past 20 years, she has penned more than 600 poems, and has written numerous Christian skits, plays, performances, magazine articles and daily devotions in both Arabic and English.