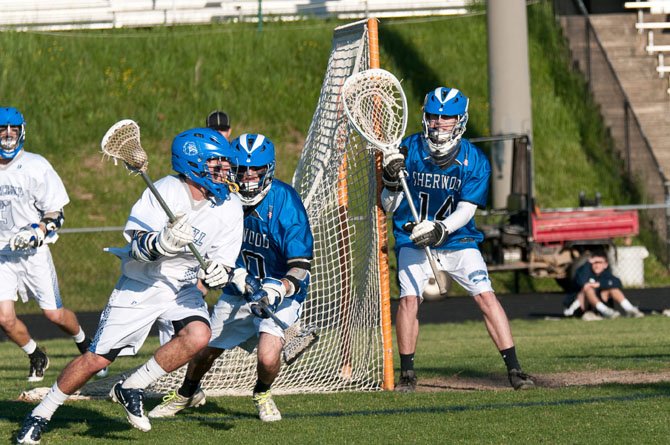 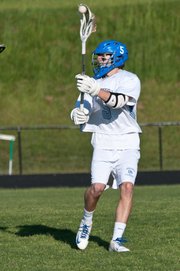 Potomac — The Churchill boys’ lacrosse team will be playing a new role in a familiar place.

The Bulldogs beat Sherwood 15-8 in the 4A/3A West semifinals on Monday night at Shepherd Stadium, clinching a return trip to the region championship game. Churchill will host the rival Wootton Patriots at 7 p.m. on Wednesday.

Last season, Churchill entered the postseason as the region’s No. 1 seed, but still had to get past Wootton, which had won the previous six region titles. The Bulldogs beat the Patriots in the region semifinals and went on to defeat Sherwood for the program’s first region championship since 2002. This year, Churchill is again the top seed and will play for a region title, but this time the Bulldogs are hunted instead of the hunter.

“The only difference is now we’re the ones with the target on our backs,” Churchill sophomore attackman Louis Dubick said. “We hold the title right now, so we know whoever we get is going to be coming for us.”

Dubick scored five goals and dished five assists during Monday’s win against Sherwood. After the Warriors scored three straight goals to cut Churchill’s lead to 8-5, Dubick tallied three goals and three assists in the second half to help the Bulldogs pull away.

“The only difference is now we’re the ones with the target on our backs. We hold the title right now, so we know whoever we get is going to be coming for us.”

“He had an exceptional game,” Fritz said. “… I tease everybody: there’s only one ball. We have so many quality guys that can do it at any time, it’s tough to defeat us if you [focus on] one guy. It’s like pick your poison.”

The Bulldogs will now face a Wootton team they defeated 12-11 on April 24. The winner will face either Westminster or Urbana in the state semifinals.

Leonard said the experience of playing in last year’s region championship game should help the Bulldogs.

“We know what to expect,” he said.