Comstock, Murphy Face off in 34th 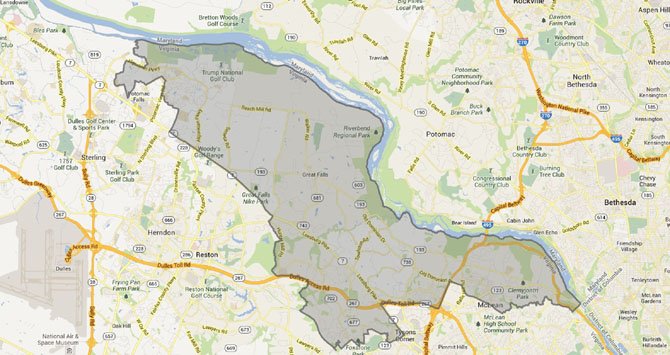 The 34th district covers most of McLean and Great Falls, northern sections of Vienna and a portion of Sterling east of Leesburg Pike. Fifty-nine percent of the district’s population is located in Fairfax County.

In 2012, the district was split with 49 percent of the vote apiece for Barack Obama and Mitt Romney, but went 52 to 47 percent to Democrat Tim Kaine in the senate race. 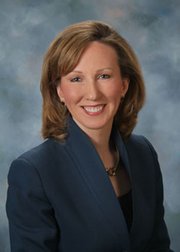 She has served as an aide to Rep. Frank Wolf (R-10), as chief counsel for the House Government Reform and Oversight Committee and was director of the Department of Justice’s Office of Public Affairs.

She graduated from Middlebury College in Vermont with a bachelor’s in political science, and received a law degree from the Georgetown University Law Center.

She says her number one priority is jobs, and that she supports increased funding for Virginia Economic Development Partnership that attract what she calls "21st century jobs."

During her tenure, Comstock has supported bills in favor of tax incentives for data centers, extending the capital gains tax exemption and extending the telework tax credit, among others.

Locally, her supporters say she has demonstrated excellence in working with the community and government officials to find solutions to a wide variety of issues.

“I support Barbara because I believe she knows her district, knows what they want and most importantly, knows what we don’t want. She was instrumental in helping us resolve some of the Georgetown Pike-Leesburg Pike intersection issues, as well as many others,” said Daniel Smith of Great Falls. “I also like that she seems to be proactive when it comes to reaching out to the community. Her participation in everything from human trafficking forums to educational initiatives shows me that she is interested in the people she represents.”

Comstock’s detractors say one of the biggest factors in their decision was her vote against the transportation bill passed earlier this year.

“I’ve seen Barbara around this community a lot, and I think she’s done some good over her two terms, but we also are electing someone to vouch for us at the state level, and I’m not comfortable with the fact that she voted against the transportation bill,” said Ian Holm of McLean. “I think that plan is a great, bipartisan, innovative solution for some of the biggest problems we face as a state and a region, and the fact that she wasn’t on board suggests to me she’s not as concerned with the big picture as I’d like her to be.”

She has also come under fire from gun control advocacy groups for voting for legislation that would repeal the purchase limits on handguns, would allow guns in bars and hides information on concealed carry permits.

MURPHY has worked as a senior advisor for international trade issues at the Department of Commerce, handled congressional affairs at the U.S. Agency for International Development and worked for Texas Rep. Charlie Wilson on defense and foreign operations appropriations. 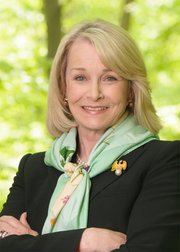 She is a member of the Human Services Council for Fairfax County, McLean Community Foundation, Fairfax County Health Care Task Force and on the fundraising board for the Cystic Fibrosis Foundation.

She says she wants to lower the student-to-teacher ratio in the state, increasing the number of in-state spots for college students and using the community college system to play a larger role in workforce education.

“Kathleen seems to be someone who will bring fresh leadership to the district, I worry that Barbara Comstock is a little too worried about her role within the Republican party to worry about going against them with her vote,” said Mary Bell of McLean. “I’d much rather see someone that votes issue-by-issue to her conscience, rather than just go with the flow.”

Murphy, whose brother was killed in a shooting 11 years ago, says she supports universal background checks, closing the gun show loophole and limiting high capacity magazines.

A major issue used against her is her several tax delinquencies in the past decade. According to Virginia property tax records, she has been late five times since 2005 in paying property taxes on the home her and her husband own in McLean.

New York state tax records also show two late payments on property taxes for a home she owns in 2010 and 2011.

“Kathleen Murphy seems like a smart, dedicated woman, but I haven’t seen anything in her positions or her various public appearances that indicates to me that she is ready to head to the House of Delegates and make an impact for the 34th,” said Benson Fleming of McLean. “I feel like she’s running against Barbara just because someone has to run against her, rather than bringing anything new and unique. I haven’t heard anything other than the standard rhetoric coming from her campaign, no specific solutions to specific issues, just vague generalities.”