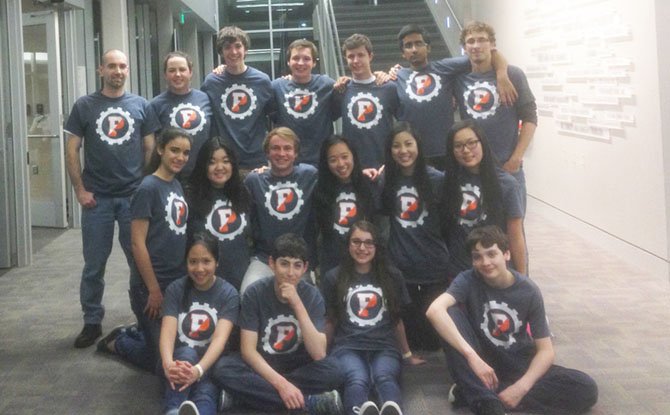 Potomac School robotics team at the U.S. Open Robotics Championship. Sidney Levingston is in the front row, third from left; Tammy Vo is in the middle row, fifth from the left.

McLean residents Sidney Levingston and Tammy Vo were part of a Potomac School team that placed 24th in U.S. Open Robotics Championship in Omaha, Neb., a strong showing in a field of 80 teams nationwide. Levingston and Vo, along with fellow seniors Sarah Chiang and Amy Zhang, made up one of four teams that qualified for the championship from Potomac. They will go on to compete in the World Championship at the end of April in Anaheim, Calif., along with another team of eighth graders that won the Virginia VEX IQ state championship in February.