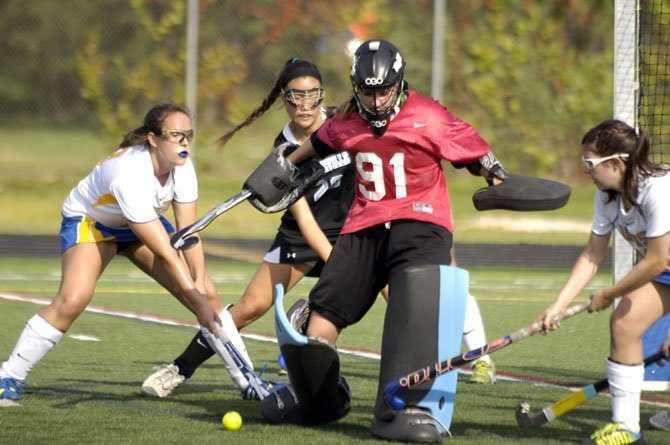 Starting four freshmen and two sophomores is likely to lead to growing pains. For the Centreville field hockey team, those pains were evident Tuesday.

One day after beating Stuart and tying West Springfield on the opening day of the Under the Lights tournament on Aug. 25 at Lee High School, Centreville suffered a 3-0 loss to Conference 5 foe Robinson.

A Charlotte Clark goal gave the Rams a 1-0 lead in the first half, and freshman Lisa Saffin added a pair of goals in the second half.

Along with a young starting lineup, Centreville was without junior Nicole Kang.

“This is a good tournament for us to start out with,” Centreville head coach Demby Banbury said. “I saw some great things yesterday; not so much today. It’s a learning curve.”

Against Stuart on Monday, freshman Paige Richbourg and senior Kelcie Greenfelder each scored two goals for the Wildcats. Juniors Caroline Kelly and Lauren Potts each scored one. Against West Springfield, senior Brynn Doyle scored one.