Vienna Stands Above the Rest
Votes

Vienna Stands Above the Rest 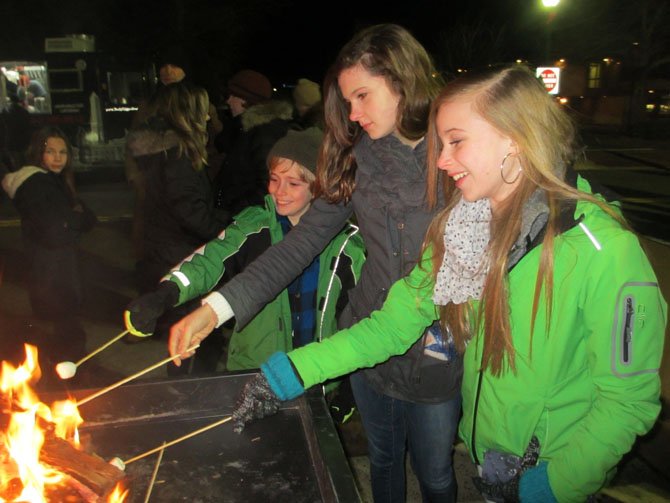 The Newell family of Vienna roasts marshmallows over an open fire during the first annual First Night Vienna celebration, held December 31, 2013, along the Church Street corridor. Photo by Donna Manz.

Laurie DiRocco was voted in as Vienna’s new mayor this year. Months before her death, former Mayor M. Jane Seeman had previously announced she would not run for re-election in 2014. The Connection chatted with Mayor DiRocco about Vienna, what makes it special and what issues confront the town. 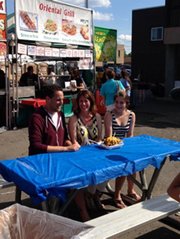 Laurie DiRocco, Mayor of the Town of Vienna, and her daughter, Allie DiRocco, at ViVa! Vienna! with the Food Network crew.

How would you describe Vienna to a newcomer or visitor?

Mayor DiRocco: “We are a very active community, very community-focused and service-oriented. We’re a unique, small town located in a metropolitan area.

Around the town, there are a diversity of events and activities. We have ViVa! Vienna!, the 4th of July celebration, Oktoberfest, the Halloween parade, Church Street holiday stroll and, now, First Night Vienna. Thousands of people from throughout the greater-Vienna area come in for these activities and events. Everything is family-focused.

There are concerts on the Town Green and other events there. Right in that cluster is the Freeman House, the caboose, Little Library, the W & OD trail.

Events are year-round and there’s something for every age.

For a town just four and a half square miles, we have a lot of parks, a lot of green space. Northside Park, reached from the end of Mill Street, is a conservation area, not a recreational park. Meadow Lane Park is very popular with young children and there are tennis courts there, too. The Town Green is a park. Vienna maintains its small-town feel.”

What enhancements, improvements or visions are either budgeted or planned?

Mayor DiRocco: The first phase of the community center renovation was budgeted under a 2013 bond. A new gymnasium will be added to the rear of the existing building. It will be a regulation high school gym with a two-lane track running around the sides.

The building will be gutted during this phase of the renovation which begins in summer of 2015. It is scheduled to be completed by the end of 2016. Classes will be moved to other locations.

Also budgeted is money for lots of infrastructure. The big thing to remember is that the Town is regularly investing in infrastructure. We’re always thoughtful of interest rates. We keep our debt in-check, keeping our AAA bond rating.

The Council recently formed two new safety committees that report directly to the Transportation Safety Commission --- the Bicycle Advisory Committee and the Pedestrian Advisory Committee. They are tasked with identifying connections for bicyclists and pedestrians to move around town safely and make connections to crucial areas, such as schools, the library, Town Green and parks.

Please, explain what the Maple Avenue Vision is.

Mayor DiRocco: “The focus of the Maple Avenue Corridor [MAC] Vision is to have a vibrant commercial district, making sure we have all the businesses and services our residents want.

A map [of the commercial district] was developed by a steering committee made up of residents, business owners, members of Town boards and commissions, property owners and a Town consultant to create the Maple Avenue Corridor Ordinance. Right now, the Council is having public hearings on this. We’ll vote on the map in September.”

What is the Town Council looking at over the next few years?

Mayor DiRocco: “We continually fund infrastructure. That includes pipes, sidewalks, roads … A parking garage is not something that is currently planned, but, it’s something the Council will definitely consider. Location is one of the things we have to evaluate.

Next year is the Town of Vienna’s 125th anniversary. We’re going to have a work session in November about various celebrations to commemorate it. We’ve got a lot of people who want to be involved … HVI [Historic Vienna, Inc.], VBA [Vienna Business Association] and citizens.”