Tell Town Council the pros and cons of what’s proposed. 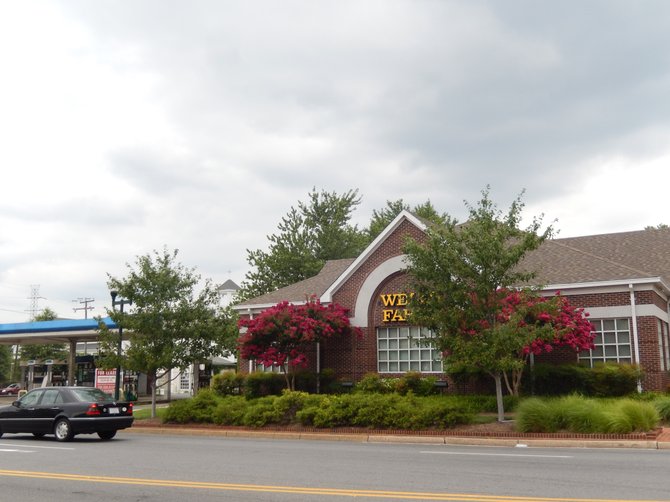 The Town Council is considering a special zoning district for Maple Avenue. Photo by Bonnie Hobbs.

At the July 7 public hearing for Vienna’s proposed Maple Avenue Corridor (MAC) zoning district, people spoke both for and against the project.

The first was Peter Greenberg, representing Brandywine Senior Living. He told the Town Council members that facility would be “a compatible use to your downtown.”

Bob McCahill, president of the Northeast Vienna Citizens Assn., wanted businesses to provide bicycle parking for their employees. And, he added, “Sidewalks [in that area] should be composed of porous materials to decrease the water runoff.”

Land-use attorney Sara Mariska, said her firm is “excited about what this means as an opportunity for our clients along Maple Avenue. And in August, we’re going to suggest some language [in the MAC document] to maintain flexibility in the site-plan modification [wording].”

Then Vienna Mayor Laurie DiRocco read into the official record two letters she’d received. She said Charles Sloan, who owns three properties in the MAC and has a law-office there, agrees with the need for this zoning district. He also cited the need for condos in the Town.

“Vienna needs to provide more opportunities for vibrant business development,” he wrote. “If we don’t change now, it’ll be more difficult later on.” 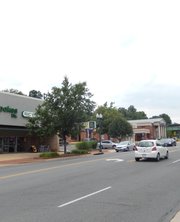 There are a variety of businesses in the Maple Avenue Corridor.

Mary Ellen Larkins wrote that everyone in Town needs to “think about what we can do to make Vienna a showplace. Broken curbs and sidewalks are common; bus shelters could be cleaned up. Access in front of the shops could be spruced up, and walkers should be encouraged to help pick up trash.”

THE NEXT SPEAKER was Chuck Anderson, who authored the Vienna Planning Commission’s minority report on the MAC plan. “I’m the voice of dissent and provide an alternative viewpoint,” he said.

“My main issue is that – although one of the goals is to increase density on Maple Avenue – we’re talking about 1,000 additional parking spaces [there],” he continued. “This would lead to even more traffic than we already have and possibly choke off commercial development.”

Anderson said the project will cost money, and he wondered if the residents would end up subsidizing the business community, as a result. “We need to step back and make a serious analysis of parking, traffic and the tax structure,” he said. “Because once it’s on the books, it’s on the books forever.”

DiRocco said she and the Council members have his report, and he told them he’ll be speaking again at the Aug. 18, follow-up public hearing on this issue. MAC Steering Committee Chairman Doug Noble said the redevelopment cost “would be borne, not by the Town, but by the businesses wanting to opt in” to the new zoning corridor.

RESIDENT Hugh Allen asked if the proposal would go to a referendum for the voters. “I don’t think the people of Vienna would like to see a four- or five-story wall or a parking garage on Maple Avenue,” he said. “It’ll be a radical change in the Town’s appearance.”

But DiRocco said that’s not the intention. And Deputy Director of Planning and Zoning Matt Flis explained that “it’s not a plan that’ll be implemented next year. It’s a guideline for many years.”

Noble also reassured Allen and the Council members that “there won’t be a brick wall along Maple; we don’t want that. We want creative architecture, walkways and pedestrian spaces.”

Furthermore, added DiRocco, “People’s plans would have to be approved by the Board of Architectural Review, the Planning Commission and the Town Council.” She then said that, “Because this subject is so important, the public hearing on it will continue to the [Monday], Aug. 18, meeting for written comments; and Town residents can also comment that night.”