Up and Down Columbia Pike, Businesses are Divided by the Streetcar
Votes

Up and Down Columbia Pike, Businesses are Divided by the Streetcar

Some believe it will bring more customers; others are worried about cost. 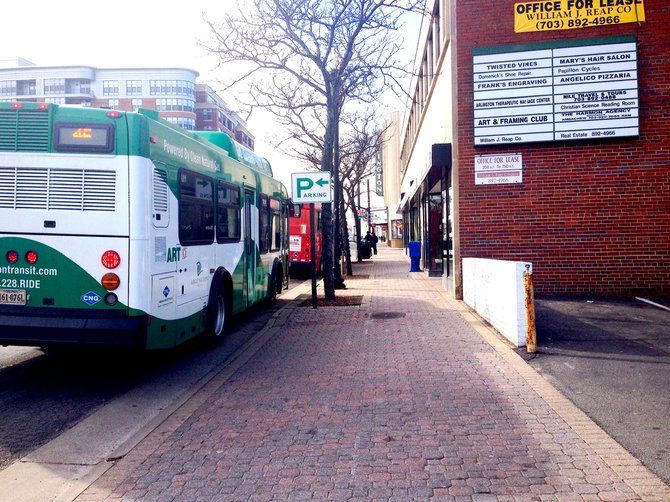 Up and down Columbia Pike, businesses have a variety of views about the streetcar that may be soon be trundling up and down one of Arlington's major thoroughfares. Some are pleased that a streetcar would bring new customers. Others are concerned that the project will cost too much, diverting resources that could go to schools or other transportation projects.

For Orphear May, though, the streetcar is a blessing and a curse.

She and her sister have operated Asian Market near the intersection with Four Mile Run for 29 years, shortly after they moved to America from Cambodia. They have mixed feelings about the streetcar. On one hand, they support it as an environmentally sustainable way for people to get around, and they believe that will bring more customers to their neighborhood. On the other hand, they are concerned that recent changes to the streetscape removed parking spaces where their customers are no longer able to park. And they fear that increasing land values associated with the gentrification created by the streetcar will end up evicting them.

"We're kind of hearing rumor that they are going to demolish this and rebuild it but I'm not sure to low income or what," said May as she helped customers one recent afternoon. "We don't know yet. It's just a rumor."

BUSINESS OWNERS along Columbia Pike have a variety of opinions about the streetcar, a system that has created a political division in Arlington over the course of the last year. Now that the system's chief advocate, County Board member Chris Zimmerman, is stepping down, the special election to replace him features two candidates diametrically opposed. Democrat Alan Howze supports the system. Independent candidate John Vihstadt opposes it.

"Well the county just spent a million dollars on that bus stop over there," said Joe Whipbley of Frank's Engraving, which is across the street from the new bus stop. "Now let's say the next person or candidate comes in and says well you know I want to improve that million dollars to a million and a half bus stop."

Next door at Atilla's restaurant, owner Zulkuf Gezgic says he supports the streetcar in theory. He says a streetcar system along Columbia Pike would bring more customers to his restaurant. Standing in the middle of an almost empty dining room, Gezgic said he would support any candidate who supports the streetcar. But he was quick to add that he is very skeptical that elected officials will ever do more than talk about it.

"I'm hearing this almost 18 years," said Gezgic, who has owned the restaurant for 18 years. "It's never going to happen."

WHEN ZIMMERMAN leaves the County Board to take a job at Smart Growth American, Arlington will lose one of its chief advocates for the streetcar initiative. For years, Zimmerman has been one of the fiercest supporters of the system, even as criticism has mounted. Last year, for example, he faced down a large group of opponents during community meeting at Kenmore Middle School. Making the case of the streetcars, he said the investment would pay off for property owners and for the county government.

“The impact, the real payment for these investments, is in the real estate, which is where we derive most of our revenue,” said Zimmerman. “And the impact on the real estate is tremendous.”

Along Columbia Pike, many businesses owners are skeptical of that approach. Josephine Whibley said she believes the streetcar would be bad for business.

"Most of our people are carrying things. They don't want to come on the bus or a streetcar or anything like that," said Whibley. "They come by car, and the streetcar is gong to take up room where their cars could be driving."