Lorton Landfill May Operate Until 2040
Votes

Lorton Landfill May Operate Until 2040 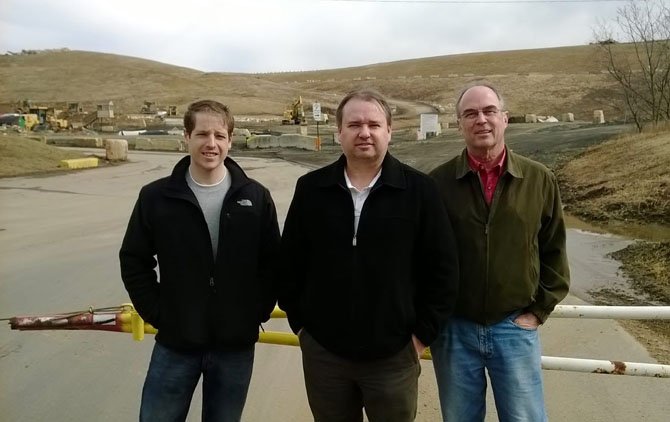 South County Federation members began discussing the closure of the Lorton landfill with EnviroSolutions, the landfill’s owner, in 2006.

Nicholas Firth, president of the South County Federation, said that the federation’s main goal at that point was a closure date for the landfill.

“Although we recognize that this area is very industrial, there has to be a balance to it,” Firth said. “The landfill was one thing that we saw that after so many years of being here, it was time for it to close.”

The South County Federation is opposed to the continuation of the landfill until 2040 and argue that it has negative effects on redevelopment in the area.

THE FEDERATION’S SECOND GOAL, Firth said, was for the landfill to be transformed into a park.

“We didn’t want to be left with a waste dump. We wanted some sort of beautification, such as a park, because when you’re up there, the view is incredible. You can see the river. A park was a reasonable conclusion,” he said.

In 2009, EnviroSolutions and the Fairfax County Park Authority reached an agreement that kept EnviroSolutions as owner of the landfill after its closure, with the park authority operating the park.

However, in an amendment to the agreement, EnviroSolutions is given the right to restrict public access to the park due to public safety concerns.

“If there is for some reason a safety issue that would require restriction of public access, then they wanted to be able to restrict public access. It’s fairly broad. The way it’s written, it seems like it would be a temporary sort of restriction, not a permanent one,” said Martin Rizer, chair of the South County Federation Land Use Committee.

Neither EnviroSolutions nor the park authority were willing to assume liability for the park. Now, EnviroSolutions says a park couldn’t be open to public use due to safety concerns, and is applying for permission to widen the landfill and continue operations until 2040.

Instead of a park, EnviroSolutions said it will help to build a Green Energy Park at the site of the landfill.

“This would put the county on the map in terms of green energy,” said Conrad Mehan, EnviroSolutions’ director of government relations.

If the application is approved, EnviroSolutions will also provide the community with $18 million, given out in increments over the course of two decades between 2019 and 2040.

The South County Federation is opposed to the new application. Firth said that the money is really not a great trade-off.

“You have to take things in perspective,” Firth said. “It just didn’t look that great. It seemed like that tax revenue could be larger if they weren’t there, via higher property tax values and encouraging businesses to be in our area.”

Opponents such as Firth and Rizer also argue that there is no guarantee that the money would directly impact the Lorton area.

Neal McBride, an activist and Springfield resident who represents the Newington Forest Community for the South County Federation and Mount Vernon Council of Citizens Associations, is a supporter of the application and said that its approval will directly benefit the community.

“There is so much to be gained for the community as a whole,” McBride said.

If approved, an application submitted by EnviroSolutions will allow the landfill in Lorton to operate until 2040.

If the new application is not approved, EnviroSolutions will open a recycling facility for construction debris at a facility it owns across from the landfill.

According to McBride, neighborhoods near the landfill would see an increase in truck traffic if it were to close by the end of 2018.

Trucks are currently restricted from certain local roads, Mehan said, but these restrictions wouldn’t exist in the case of a recycling center, and traffic would increase along Furnace road.

Mehan said that some local businesses are concerned with the possible opening of a recycling center.

“If we open us across the street, there is going to be a huge increase in cost, because everything that comes into our facilities has to go back out,” Meehan said.

However, others say that truck traffic as a result of the recycling center would be minimal.

“It’s a threat that ESI made to the community,” said Lowell Curtis, former publisher of the South County Chronicle. “The reality is that it is cheaper for a contractor to go to a dump than a recycling center. The traffic will dramatically decrease.”

THE SOUTH COUNTY FEDERATION is also concerned that the proposed green energy plan may not actually come to fruition if the contract is approved.

For example, if EnviroSolutions fails to provide infrastructure for the solar component, they must pay $3 million to Fairfax County.

Fairfax County is also responsible for the cost of transferring the methane from the geothermal energy hookup at the landfill to use for energy.

Bill Lynch, who owns a business park near the landfill, said the landfill isn’t the best backdrop for Lorton.

“Just think about driving down 95 and having the landfill be your landmark. It’s a gateway to Fairfax County,” he said.

According to the Virginia Public Access Project, Mehan has donated $34,260 to area candidates since 1998, including former Fairfax County Board of Supervisors Chairman Gerry Connolly prior to joining Congress, and Fairfax County Chairman Sharon Bulova.

A public hearing on the application will take place during the Planning Commission meeting on Feb. 27 at 8:15 p.m. at the Fairfax County Government Center.