Remembering Segregation in McLean and Vienna

Longtime resident reflects on life in McLean and Vienna during uncertain times. 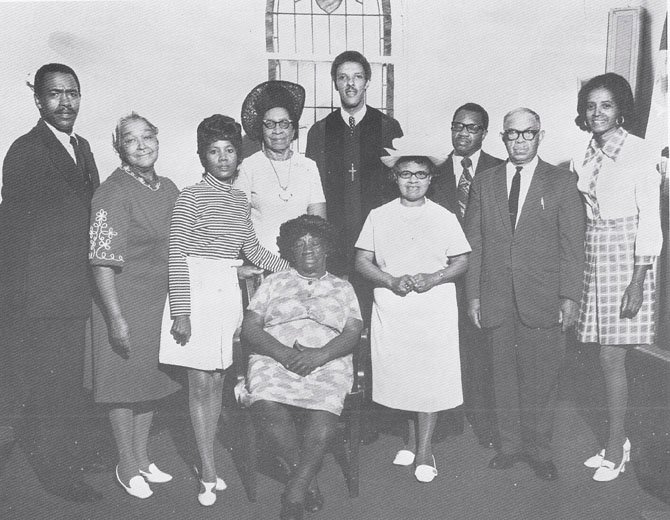 By By Lori Baker 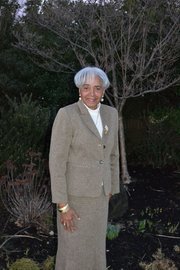 Deloris Evans, born and raised in McLean and Vienna, has seen dramatic change in Northern Virginia over the years.

Deloris Evans remembers the excitement of riding the bus with students from The Madeira School. She was thrilled because they were going to see Franklin D. Roosevelt’s 1941 inauguration parade. She was also delighted because this was her father’s bus. He was the chauffer for Lucy Madeira, head and founder of The Madeira School. And for this event, he was given permission to bring his young black daughter onto a bus full of white students to see the historic parade.

A lot has changed since that time, and Deloris Evans has lived that change. Today’s youth likely cannot imagine that at one time, young African-Americans from McLean could only enter a favorite restaurant through the back door. That is how Evans grew up. But over the years, Evans has seen McLean and Tysons evolve from a small segregated town, to an open and vibrant community.

Evans, whose strength of character is evident, says it is those very struggles that made her strong. And on the heels of Black History Month, she recalled some of the stories that helped shape her. She was affected by the time and events around her; and she, in turn, helped to shape and improve the lives of young Northern Virginia African-Americans that would follow after her.

EVANS was born off of Swinks Mill Road in McLean. At that time, Black women in the McLean/Great Falls area were only permitted to have their babies delivered at Freedman’s Hospital, which is now Howard University Hospital; or at home by the local doctor. Deloris Evans was born in her family’s home in July of 1932, with the help of Dr. Harold Johnson. “He served the entire Black community by visiting homes,” Evans said. She recalled waiting numerous times, as a child, with chronic and painful ear problems for the busy Dr. Johnson to arrive.

Once she reached school age, Evans would walk from her home on Balls Hill Road, down Lewinsville to its intersection with Spring Hill Road. The small Odrick’s School was located there, and offered education to Black children in grades one through seven. “It was a long walk,” she laughed. Charity Baptist Church now sits very close to where Odrick’s School once stood.

Soon afterward, she attended Louise Archer School on Nutley Street, after her family moved to Vienna. The school, in its early days, was called the Vienna Colored School. Dedicated educator, Louise Archer, along with two other teachers, taught and fed black students in the three-room brick building. The school was renamed Louise Archer Elementary School not long after the much-loved educator’s death in 1948. “Ms. Archer taught history like it was the only subject in the curriculum,” Evans said. “You knew everything about the presidents.”

When it came time for high school, McLean and Vienna’s African-American students were bussed to Manassas, unless they could find transportation to a black high school in Washington, D.C. So Evans attended Manassas Regional High School for four years starting in 1945. After graduation, Lucy Madeira, who Evans considered a kind friend to the family, strongly encouraged Evans to attend Howard University, and offered to help with the financing. But scholarship money, along with the opportunity to live away from home led her to Johnson C. Smith College in Charlotte, N.C.

Evans noted that at the time, she accepted segregation as a part of life. “We were so molded in segregation. We didn’t have the mindset that young people have today.”

But slowly things began to change. The growing business industry around what is now Tysons Corner brought new jobs and new people, many who were less apt to tolerate racism and segregation. “The physical growth did it, really,” she said. “And with that came diversity. And then the dynamics of government and politics and laws began to change.”

In the late 1950s, Evans and her family helped register nearly every African-American family in the area to vote. Her mother canvassed the neighborhoods, working through the black churches. She had Deloris and her brother focus on spreading the word to younger people. Evans has been very voter-conscious ever since.

She eventually began teaching, and was one of the first African-Americans assigned to teach in Fairfax County. She was moved from James Lee Elementary, the school for black students in Falls Church, across the street to the all white Westlawn Elementary School. In the mid-1960s and early 1970s, according to Evans, Fairfax County “was rapidly making a name for itself.”

The county conducted two-year studies of African-American candidates they were considering for integrated teaching jobs. They even conducted home visits, because “some people had never been in a black home,” Evans said. The candidates, established teachers, and administrators all attended training courses on integration. Her career in education grew, and eventually led her to principal positions at three schools.

IN 2002, Evans chartered a youth council of the NAACP in Fairfax County. The purpose of the council was, and still is, to help identify and address challenges to African-American youth in the area. Some of the challenges, as identified by the youth themselves, were drugs, alcohol, and teen pregnancy. As a result, countywide Teen Summits were developed, and are still ongoing. Evans helped run those summits throughout Northern Virginia until 2010.

These days Evans is struck by the feeling that young people may not realize how far things have progressed in a fairly short time. And she wants them to realize their potential.

“There are still barriers that prevent a lot of black kids from trying to reach a goal,” she said. “But we can hardly accept any excuse for you’re not trying to have a goal and reach it. You just have to keep going, searching, and pursuing whatever that goal is.”