Near Zero Temps Call for Back-to-Basic

What mid-winter maintenance can reveal about your home’s needs. 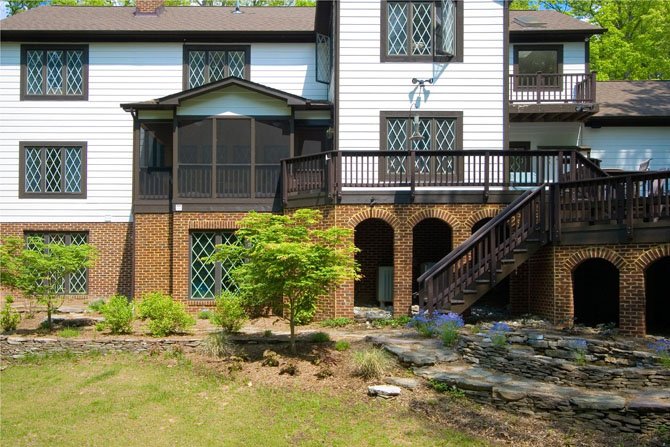 A sustained period of cold weather can reveal problems with your home’s basic systems that will need to be addressed in any season if further deterioration is to be prevented. Photo courtesy of Foster Remodeling Solutions

While common sense suggests that home improvements should be put off to warmer weather, a sustained period of colder temperatures often reveals systemic problems that will need correction sooner or later.

As temperatures dropped precipitously several weeks ago, all Reston homeowner Craig Mattice knew was that his original mansard roof was plagued with ice dams and his 10-year-old, 600-square-foot addition was so cold the pipes were freezing. Moreover, no amount of thermostat adjustment improved the situation much.

"After living in the house for over 25 years the chill was a surprise," Mattice said. "It wasn’t just that the winter has been colder than usual … it was beginning to look like a larger problem, particularly in the new wing, which was five degrees colder than other rooms."

To determine the cause of ice-clogged gutters, Mattice decided to seek a comprehensive assessment and turned to remodeler David Foster who had completed a number of home improvements for his son.

"The damming was literally the tip of the iceberg," said Foster, principal of Foster Remodeling Solutions. "When I inspected the attic it was clear that the envelope was not adequately sealed, insulated or ventilated, which is why the upstairs had been too hot last summer."

Add to this the fact that prior to 1980 local building code required less thermally-resistant insulation (R-19) than the current R-38 standard and the outlines of a common problem with older production homes begins to emerge.

"It’s not unusual to find that the existing insulation just isn’t the best application for some of our coldest days " Foster said. "Different parts of a house can call for different insulation strategies."

Since the goal for the Mattice attic was to dramatically increase R-value, Foster rearranged the old insulation, adding soffit baffles to improve ventilation. The larger technical solution, however, was to blow-in R-25 fiberglass, which raised the attic’s thermal resistance to R-44.

"One of the benefits of fiberglass is that it wraps everything…creating an air-tight insular envelope," Foster says. "This makes all aspects of the home’s heating and cooling more efficient."

The more recently completed family wing was another matter. Turns out the Mattice's artfully-designed addition was built over an unheated crawl space, and the HVAC duct wasn’t even connected in the kitchen.

"An appropriate insulation strategy starts with a kind of forensics," Foster said. "Where is a wall, ceiling or roof exposed to outside conditions? Is it difficult to regulate temperatures in different parts of the house? These are some basic questions we start with."

Given challenges inherent in insulating rooms built over an unheated crawl space — which also must support air circulation, Foster re-engineered the entire thermal equation: existing fiberglass batt was removed; sprayed-in closed cell foam was then applied to the underside of the floor system. This elevated the thermal value to R-20 while providing a draft-free air-tight seal to the kitchen floor. To accommodate for summer conditions, Foster added ventilation to both the crawl space and the attic.

So how do the upgrades perform?

"Beautifully," Craig Mattice says. "The house is noticeably tighter and the new wing is much more comfortable."

A PROFESSIONAL REMODELER for 35 years, Foster said he's somewhat surprised by the calls he gets when temperatures drop, usually from homeowners who've found that previous attempts at keeping the house comfortable and well-functioning haven't worked very well.

A few months ago, for example, he executed a re-roofing and gutter protection assignment for Alexandria homeowner Steve Piper, who had previously hired him to design and build an extensive interior makeover.

"We knew we had a leaking problem before we met David," Piper said. "But the situation had gotten worse — and I wasn't sure what to expect from roofers. Finally, it occurred to me to ask David for his assessment."

Foster traced the problem to inappropriate and poorly installed flashing which was allowing water to seep into siding and under roof shingles.

His prescription: a re-shingled roof, a new gutter protection system and attic ventilation equipped with an electronic thermostat.

"It's important to address the whole problem when the system has failed," Foster said. "This is a plan that not only eliminates the leaking, but functions much better in all seasons."

A few miles away, Alexandrian Jeff Hage came to Foster when he noticed one of the posts to a front porch was sagging.

Foster, who had finished an interior for Hage a few months before, quickly recognized that the whole roof had settled, making it impossible to stop worsening deterioration by simply replacing the corner column.

"When the problem becomes structural you have to remake the basic supports, " he says. "In this case that meant raising the porch roof and re-aligning posts and beams."

"Winter is not particularly forgiving of partial solutions," Foster said. "When a problem is recurring, it's time to look at the larger system. After all, this is how a house works."