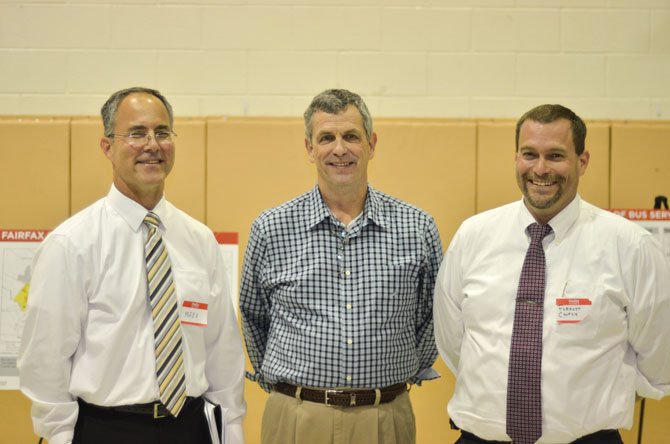 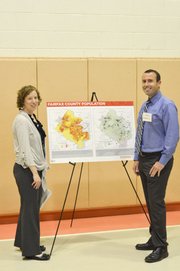 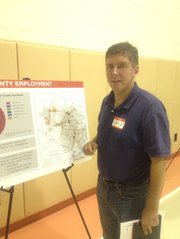 Fairfax County Department of Transportation changed or canceled the services and routes of buses with the opening of the Silver Line metro. Now the Fairfax County Department of Transportation (FCDOT) has begun its Comprehensive Transit Plan (CTP), a 10-year aspirational plan for Fairfax Connector and Metrobus service. The CTP will build on Fairfax County's 2009 Transit Development Plan (TDP), the previous 10-year plan, and will extend the 10-year plan's horizon year from 2020 to 2025.

This plan will be supported by information collected through an outreach effort, Connections 2015. The FCDOT is soliciting ideas and suggestions from Fairfax County residents and visitors to develop bus service recommendations and an implementation plan. Collected input will be used to develop draft recommendations that will be released to the public for comment in the Spring of 2015.

County through Metrobus. Metrobus service is regionally focused, providing service across county lines, while Connector service is non-regional in nature and operates largely within the County boundaries.

OPERATION OF THE METRO Silver Line meant thousands of commuters in Northern Virginia have had to adjust commute times and adapt to new bus routes. The Fairfax Connector changed 28 bus routes, introducing 16 new ones and eliminated five. About 40 percent of the Connector’s service was changed, affecting about 9,000 bus riders. “We are happy people are coming out to explain and discuss where they would like buses to go for the 2015 Comprehensive Transit Plan,” said Nick Perfili, Fairfax Connector Section Manager with the Transit Services Division.

Perfili attended the Sept. 22 evening workshop at Reston Southgate Community Center. Assisting were employees of Foursquare Integrated Transportation Planning (ITP) a transportation planning, design, and policy analysis firm specializing in regional transportation planning and coordination. Foursquare ITP has been contracted to assist in the information gathering effort. Six general public workshops were planed, as well as meetings with community-based organizations. Some informational advertising was presented in non-English speaking media. “If people cannot make it to a meeting they can visit the webpage,” said Foursquare ITP employee Michael Weinberger.

“People appreciate the fact we have not done any planning, we are still in the data gathering phase,” said Lora Byala, President of Foursquare ITP. A resident of Maryland, Byala has worked and managed a variety of transit and transportation plans in the mid-Atlantic region. Byala has been project manager for a transit service quality and access study for Maryland MTA in Baltimore and served as the project manager for a transit development plan for Fairfax County.

At the public workshops, participants are offered a feedback form with questions regarding their commute and use of bus routes. Some of the questions regard the level of service and if bus routes should be realigned or combined. Charts and maps displayed Fairfax County’s population levels and employment graphs. “We are geocoding information so we can have a profile on people’s journeys,” said Byala. Some topics brought forward by members of public included remarks on the Connector Bus Route 599, bus route service to West Falls Church, and on time performance of the Reston Internal Bus System, RIBS. “We are planning to do a comprehensive service evaluation of RIBS,” said Perfili. “We will review the RIBS network, ridership, routing, and work with the community to ensure we are connecting Reston and providing great coverage.”

Perfili made time to answer questions and comments about the Connection bus route at the Sept. 22 session. “I ride the system myself,” said Perfili.

SOME PARTICIPANTS made remarks on the renumbered Connection Bus Route 599 which services from Reston to the Pentagon and Crystal City. “I used to be able to take the 7 a.m. or 7:30 a.m. bus, I cannot do that anymore,” said Mark Overberg. “Now I must be in the Reston Park and Ride by 6:30 a.m.” Parking showdowns occur at the Reston North Park and Ride, where 338 free parking spots are in walking distance from the Silver Line Wiehle-Reston East station. “I have ridden this bus line for almost eight years,” said Reston resident Forrest Church. “You see the same people every day, it is a community.”

“It was a good session,” said Reston resident Walter Alcorn. “It was encouraging to know they would listen.” The last two public information sessions will be held on Oct. 9 in Chantilly and Oct. 14 in Alexandria. Fairfax Transportation Advisory Commission (TAC) is charged with advising the Fairfax Board on transportation related policies and issues. For more information on Connections 2015, visit www.fairfaxcounty.gov/fcdot/connections2015/.

Through Oct. 10, 2014, FCDOT will collect feedback from county residents, workers, and visitors. This input will be used to help develop draft recommendations that will be released to the public for comment in Spring 2015.

Public meetings will be held: