Human Trafficking: ‘No One is Immune’
Votes

Human Trafficking: ‘No One is Immune’

Teenager leaders warned, asked to educate themselves and peers against sex trafficking. 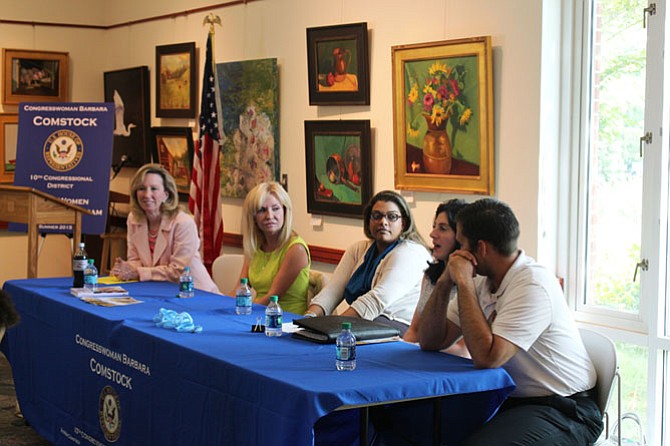 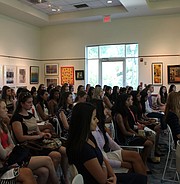 “Traffickers don’t discriminate. They are looking for someone they can lure in,” said Woolf, of the Fairfax County Police Department and Northern Virginia Human Trafficking Task Force.

Even a Fairfax County public high school was recently used by traffickers as a hub for recruiting; traffickers even used female students to help recruit.

Once someone is befriended on something like Facebook, or their recruiters find out all they can, somebody’s likes and dislikes, favorite music, favorite books, favorite stores and favorite places to go.

And by the time there is that “chance encounter” somewhere in the community, such as a musical event, “He knows all the right things to say,” said Woolf.

The victim thinks she, or he, is falling in love.

“You think, look at this connection. He gets me,” said Woolf. “But it’s really that he just did his homework.”

“They are posing as someone you can relate to. They are luring you in with that four letter word, love,” said Woolf.

Beth Saunders urges everyone to look at her website, JustAskVa.org.

“The best way to prevent it is to educate people about what a healthy relationship is,” said Saunders.

“Everybody sitting here is a target. If you’re not sure what’s going on, ask someone. It’s not necessarily normal if a stranger is reaching out,” she said.

More than 375 calls were made to the hotline in 2013 regarding cases in Virginia.

“It’s a myth that it does not happen here. It is going on here.”

“It’s a myth that it does not happen here. It is going on here,” said Det. Bill Woolf, of the Fairfax County Police Department.

“The Just Ask Prevention Project is a public awareness campaign designed to expose the growing prevalence of Teen Sex Trafficking in Northern Virginia and to inspire our community to end the scouting, manipulation and recruitment of our teenagers,” according to the website.

“This is the shot we have to end this. We don’t want to be doing this in three years. We want to put ourselves out of business,” said Beth Saunders, president and CEO of Just Ask: End Teen Sex Trafficking.

THE YOUNGEST VICTIM Deepa Patel has worked with is 6 years old.

Patel, a clinical social worker at the Multicultural Clinical Center in Springfield, specializes in working with both victims of and perpetrators of sexual exploitation cases.

“It’s horrific that I have a job,” said Patel.

“Ask questions, ask somebody, ‘Are you okay? Is there anything you need?” she said.

“Recruiting was actually going on in a high school. Girls would do recruiting for them,” said the detective.

Woolf asked the 200 teeangers in Great Falls Library how many times police were called.

Officials use the term human trafficking; they are victims, not “prostitutes.”

They may first be offered the opportunity to make “good quick money” by simply undressing, Woolf said, but “things spiral out of control fairly quickly.”

“All of a sudden they are labeled, but, in fact, they were victimized over a period of days, months, years, whatever the time period might be,” said Woolf

When lured into being a victim, victims live, on average, seven years, said Woolf.

Woolf says the youngest victim he has worked with is 9 years old. “I’ve seen the horrific effects, essentially stealing their lives away from them,” he said.

GANGS HAVE USED human trafficking as a means for making money, said Woolf, formerly on the gang task force.

“We started to see how many young people, not just girls, that are being exploited in the human trafficking industry,” he said.

Saunders once worked for a well-known international hotel company and learned about human trafficking; how traffickers used bell hops, taxicab and other personnel to promote their underground exploitation.

“I read an article about a brother who sold his sister into human trafficking,” she said. “I could not believe my eyes.”

She taught employees to learn warning signs about human trafficking.

She eventually left her position, returned to Northern Virginia and turned her attention to other endeavors, but she learned how human trafficking has infiltrated the local area.

“A friend whacked me on the side of my head,” she said. “She said, ‘What aren’t you doing? Why aren’t you involved?’”

“A friend whacked me on the side of my head.‘What aren’t you doing? Why aren’t you involved?’”

More than 375 calls were made to The Polaris Hotline in 2013, according to her website.

“No one has the right to exert power over another individual. We as women have our own voice,” said Dr. Ludy Green, president and founder of Second Chance Employment Service which provides employment for battered and abused women and is the author of Ending Domestic Violence Captivity: A Guide to Economic Freedom.

Saunders told each of the girls in Comstock’s Leadership Program that she is in a position to do something, too.

“This is the shot we have to end this. We don’t want to be doing this in three years. We want to put ourselves out of business,” said Saunders.

“It’s a myth that it does not happen here. It is going on here,” said Woolf. “Your peers are going to listen to you before they listen to me. My plea is to take this message, educate yourself and educate those around you.”