From Foster Care to Founding Nonprofit ‘Acts of Random Kindness’ 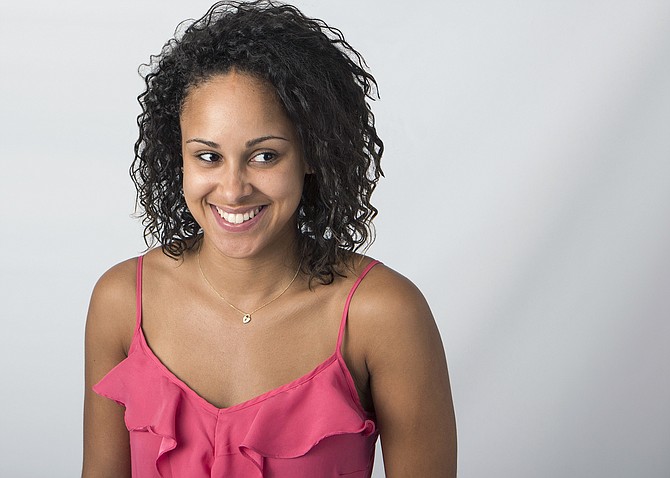 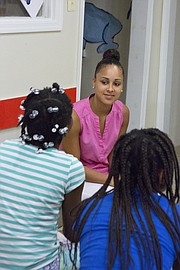 It’s unusual today for a 22-year-old to have a Master’s degree and to have founded a non-profit. It’s downright amazing if that young person spent much of her childhood homeless and hungry before spending her high school years in foster care in the city of Alexandria.

But, then again, Cordelia Cranshaw is no ordinary young woman. Petite with a tentative smile, her inner strength is palpable as she tells her story.

She speaks with the confidence of someone who fully understands that the things she has survived don’t define her, rather they have helped her to become who she is today. To talk to her, you would never know that she ever has doubts about herself, her accomplishments or her future.

Cranshaw’s years prior to entering the foster care system were chaotic, colored by the drug and alcohol use of the adults around her who were in and out of jail and punctuated by periods of homelessness and hunger.

And then, when she was 13, her mother was sentenced to 10 years in prison. For the next several years, Cranshaw moved among family members until there were none left to take her in.

Entering foster care at 15, there was no happy ending with foster parents who believed in her and were committed to help her to achieve success. Cranshaw was not thriving, she was surviving. And some days she was barely doing that. Alternating between sadness and frustration at her circumstances, she was not functioning well at school — acting out and often missing class.

The turning point for Cranshaw came when, at 15, she realized that if she didn’t stop letting her sadness, frustration and anger dictate her choices, her path would be no different from the paths of her parents. She decided that education was her ticket to gaining control over her life and to ensuring the future she was starting to visualize for herself.

That determination meant going to each of her teachers to apologize for being disrespectful and for often not showing up for class. It meant not just promising to change her behavior, but actually changing. It meant committing herself to the goals. And, it meant finding positive people to surround herself with to support her where her parents could not.

But turning around things at school, didn’t mean that her challenges were over. Placement with her boyfriend’s mother, created additional pressures and when that disrupted, she was placed in a group home and finally in an independent living apartment in her senior year of high school. But she kept her eyes on her goals and graduated knowing that she would attend George Mason University in the fall.

College brought new stresses. Not only did Cranshaw have to worry about keeping her head above water financially and passing her classes, but she also had to worry about things others might take for granted, like where would she spend college breaks.

Freshman year, without options, she stayed with her biological father. Living with him proved to be no less difficult than when she had been a child. As a foster care alumni, she was able to get independent living housing to cover summer breaks. And, fortunately, starting her sophomore year, her college allowed her to stay in the dorms during school year breaks. Without that, she would not have had a safe place to live when school was not in session.

Watching “Bruce Almighty,” Cranshaw was inspired when God asks, “How do we change the world?” and Bruce responds, “One act of random kindness at a time.” In 2014, she founded a nonprofit, Acts of Random Kindness (ARK-DC.org). Her goal, to pay it forward for the people who have been kind and supportive of her by providing programs, services and resources to at-risk children with an eye toward building stronger communities.

Several weeks ago, ARK hosted a self-esteem-building seminar for 12-13 year old girls in Northeast D.C. Cranshaw brought three of her 20-something girlfriends to show the younger girls that they have are options outside of what they see in their neighborhood.

The program included a discussion of media’s influence on self-esteem and how the girls handle bullies. One of the girls told the circle of girls and young women that her classmates tell her she is “ugly,” throwing wood chips at her as a way of making fun of her teeth. “I’m sensitive.” She told the group. “So I cry when they do it.”

She wanted to fight the bullies and told a friend. “Don’t you fight those bullies,” the friend advised. “Go home. Lock yourself in the bathroom and look in the mirror. Remind yourself that you are a good person. You care about other people. And you are smart. Don’t let those people decide who you are.”

Later, Cranshaw said that the friend’s advice really resonated with her. She says she has to pump herself up 150 percent to project the confidence that the world sees. This is why Cranshaw believes so firmly that young girls need to be supported and encouraged, they need to see successful young women, they need to know they are not alone. They need to know that someone who believes in them.

It was clear that the seminar had hit its mark. One of the young girls jumped in to handle the closing remarks,“[When I grow up], I want to be tall and smart with self esteem [just like you].”

This fall, ARK’s new program, iCan, will launch for 8th grade boys who are reading at or below a 3rd grade level at Kelly Miller Middle School in D.C.’s Ward 7. Cranshaw will meet with the boys twice a week, with goals of expanding their world view by introducing them to new experiences ranging from nature walks to meeting adults with interesting jobs and even getting a tour of the Pentagon.

The curriculum will include manners, team building and anger/frustration management. In addition, each will be matched with a mentor who has had to overcome similar challenges of neighborhood and poverty.

Aug. 27 is ARK-DC’s first major fundraiser, co-hosted by Sunni and the City/WPGC 95.5. There will be music, small plates, giveaways and the ability to learn more about iCan in the park at 920 14th St. NW in D.C.Cranshaw hopes to raise $20,000 to fully fund iCan for the next year.

Cranshaw’s commitment to helping youths who are at risk go beyond her nonprofit. Last spring she graduated from the University of Maryland, Baltimore with a Master’s in social work and she will start a new job as a social worker for D.C.’s Child and Family Services in the next few weeks

Cranshaw says that being put in foster care was the best thing that could have happened to her because those years in care helped her to find her purpose. Her biggest accomplishment thus far, she says, has been to take positive out of the negative. She hopes that in her new job as a social worker, she can encourage youths to do the same.

“I knew that I wanted a different path than my parents had chosen. I didn’t want to always be searching for something to eat at night,” she said.