Concert to include students. 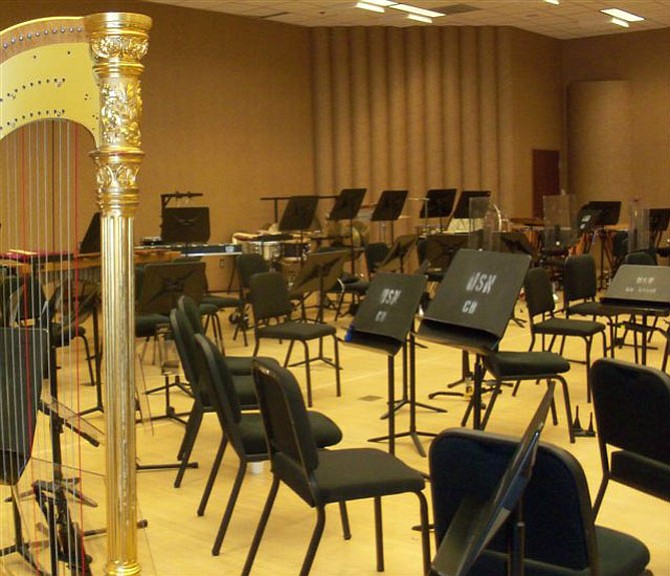 At the upcoming performance of the U.S. Navy Band, the uniformed professionals will be joined by members of the event host, Yorktown High School Band. The free concert will be held in Yorktown’s auditorium this coming Saturday evening.

Brian Bersh, Yorktown’s director of bands, has nothing but praise for the military service bands which contribute much to the musical education of students. The very presence of the Navy Band on campus, according to Bersh, “is an inspiration for the students. There is no substitute for being up-close to witness professionals playing at the elite level.”

The U. S. Navy Concert Band will offer the following public performances, at no charge:

What happens on Jan. 31 is not limited to the evening’s concert. As an educator, Bersh fills the day with opportunities for growth on the part of his students. Early in the day, a cadre of music teachers and performers, active and retired, will conduct sessions for student musicians according to instrument grouping. Once the Navy Band arrives, a number of its members hold additional small-group clinics for the students. Overall, Bersh said, “the students learn what excellence is.” The entire day, he added, “jump starts” the spring band competition season and provides valuable “fine-tuning” for the months ahead.

The United States Navy Concert Band has been performing public concerts and participating in high-profile events for more than 85 years.

Highlighting the concert itself is an invitation reserved for Yorktown band seniors to “sit in” with the Navy Band to play Sousa’s “Washington Post March.” One of the 10, trombonist Wade Miller, admits to being “really excited. I never have played beside professionals before.” Bersh, he added, “has given us the music. I‘ll be doing lots of practice until the concert.”

One feature of the recital will be the little remembered and only recently revived piece titled “Patton’s Third Army March.” Written for a unit “passing in review,” it is a European-style march, festive rather than martial. Composed in April 1945, the song will reach age 70 this year.

Master Chief Musician Aaron Porter speaks for the Navy Band. While playing for military ceremonies always comes first, he says, “outreach” performances for the public — particularly for students — are very special. Placing student musicians among the Navy Band members for a number always excites the parents and friends from the community, and the professionals take great pleasure from it on each occasion.

The purpose of offering appearances across the country, said Porter, is to remind citizens that they have a Navy, and that thousands of sailors at sea and ashore are protecting them from those who would do them harm. The immediate purpose of each concert, of course, is to entertain and educate through good music performed by great musicians.

One such Navy Band member is Senior Chief Musician William C. Mulligan, currently a saxophonist. He admits being part of the Navy Band is “exciting,” even after years of service. Concerts attended by students, he said, generate a unique chemistry. The faces of many reflect an interest in the Navy itself. Mulligan believes he sees individuals thinking “I can study and earn a place on a band like that.”