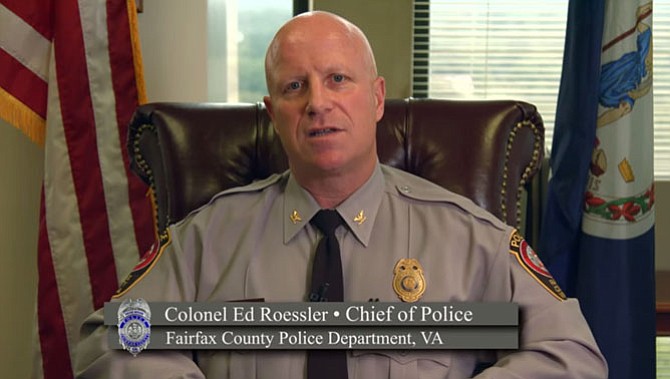 Natasha McKenna died while in the custody of the Fairfax County Sheriff’s Department on Feb. 8, 2015. A Sheriff’s deputy and member of the Sheriff’s Emergency Response Team used a conductive energy device on her multiple times while other members of the team attempted to restrain her for transport from the Fairfax County Adult Detention Center to the City of Alexandria, where a felony warrant had been issued for her arrest.

The April 28 autopsy report from the Office of the Medical Examiner stated McKenna’s cause of death to be “Excited delirium associated with physical restraint including use of conductive energy device, contributing: Schizophrenia and Bi-Polar Disorder.” The manner of her death, it said, was “Accident.”

Just over five months later, the Fairfax County Police Department’s Major Crimes division has completed an investigation of McKenna’s death and turned the report over to the office of the Fairfax County Commonwealth’s Attorney “for review and determination of criminal liability,” according to a July 13 release from police.

Fairfax County Chief of Police Col. Edwin C Roessler, Jr announced the update in a July 13 video. With over nine minutes in front of the camera, Roessler reviews the timeline of events leading up to and including McKenna’s death, as determined by investigators who worked on the report.

As they attempted to restrain her and remove her from her cell, McKenna physically resisted the team. While she was resisting, Roessler said, one of the team members “deployed an electronic control weapon multiple times.” They also put a “spit net” on her to keep her from spitting at the deputies. Initially, a nurse on the scene cleared McKenna medically for transportation.

McKenna continued to be combative and was further restrained as the deputies moved her to the “Sally Port,” or transition area. At that point, medical personnel determined she was experiencing “a medical emergency” and began using both CPR and an Automated External Defibrillator on McKenna. An ambulance took her to the hospital and she was put on life support.

The investigation took place over the next five months, Roessler said, and included over 50 interviews and re-interviews of the Sheriff’s staff and first responders. They also arranged for “forensic independent testing and analysis of the electronic control weapon,” Roessler added, “to determine if it was working in accordance with the manufacturer specifications and to validate the number of times it deployed.”

Video of McKenna being restrained and shot with the conductive energy device exists, though it has not been released due to being evidence in the investigation.

“Any death is tragic,” Roessler said at the conclusion of the video. “Ms. McKenna’s is understandably devastating to her family and the community. My thoughts and prayers are with her family, the community and all involved.”