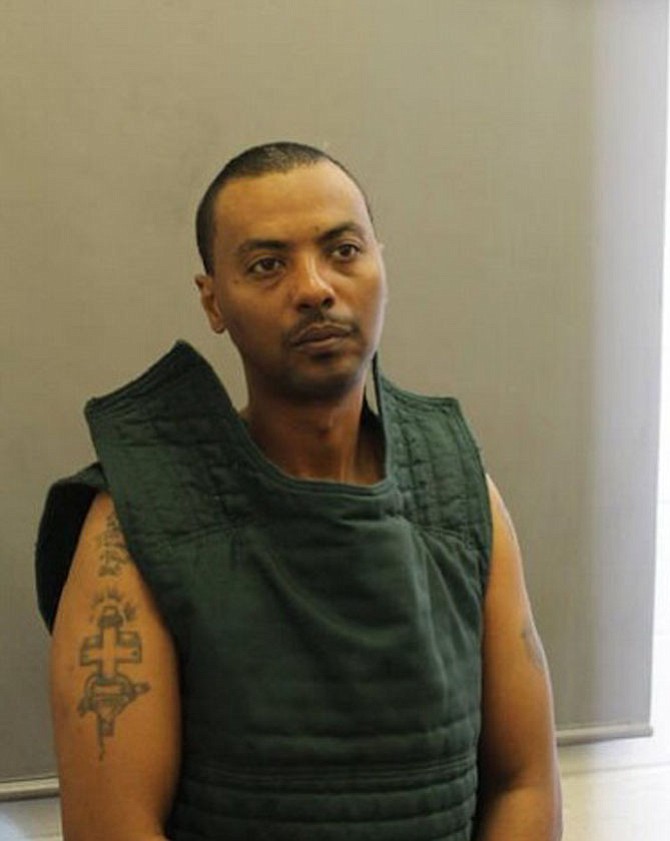 Wossen Assaye escaped from custody while being treated at Inova Fairfax Hospital and was later apprehended in Washington, D.C. Photo courtesy of Fairfax County Police Department

When Arlington resident Wossen Assaye, 43, escaped from private security guards and fled Inova Fairfax Hospital, he added to a litany of existing charges.

On May 28, the U.S. Attorney’s Office announced a grand jury had brought a 16-count indictment against Assaye. The charges include bank robbery and burglary, escape, kidnapping, assault and other firearms offenses.

The indictment asserts Assaye robbed five northern Virginia banks between October 2013 and March 2015. During a sixth incident, the charge continues, he went into a bank intending to commit robbery and larceny.

Assaye was under arrest when he was transported to Inova for medical treatment. There, he managed to overpower one of his guards, brandished a firearm and kidnapped one of the officers, according to the U.S. Attorney’s Office statement.

If convicted, Assaye could face a mandatory minimum 122-year jail sentence, up to a maximum of life in prison.