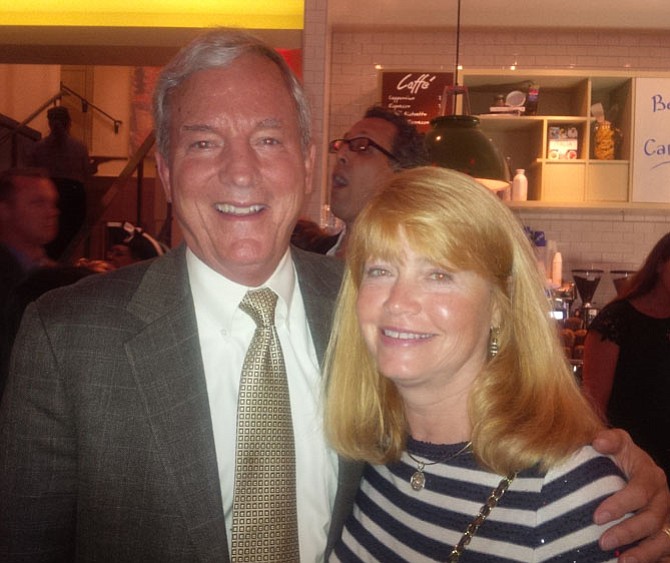 Bob Wood, shown with his wife Margaret at the opening of Carluccio’s restaurant, formally declared his candidacy for City Council June 3. Photo by Jeanne Theismann.

“Alexandria and our region face significant challenges,” said Wood, who will run on the Republican ticket. “Old solutions and old habits built on old assumptions do not suffice.”

A graduate of T.C. Williams High School and the United States Military Academy at West Point, Wood currently serves as the executive vice president of defense of the Armed Forces Communications and Electronics Association. He is also the founder of Star Strategies Group, an Alexandria-based consulting firm that focuses on strategic planning, technology integration and leader development.

Prior to his retirement from military service in 2008, Wood served as the U.S. Army's strategic planner in developing and implementing the Army's response for combating terrorism after the Sept. 11 terrorist attacks on the United States. This will be his second run for a seat on City Council following an unsuccessful bid in 2012.

“It's hard to adapt and change when new voices and new ideas are absent at City Hall,” Wood said.