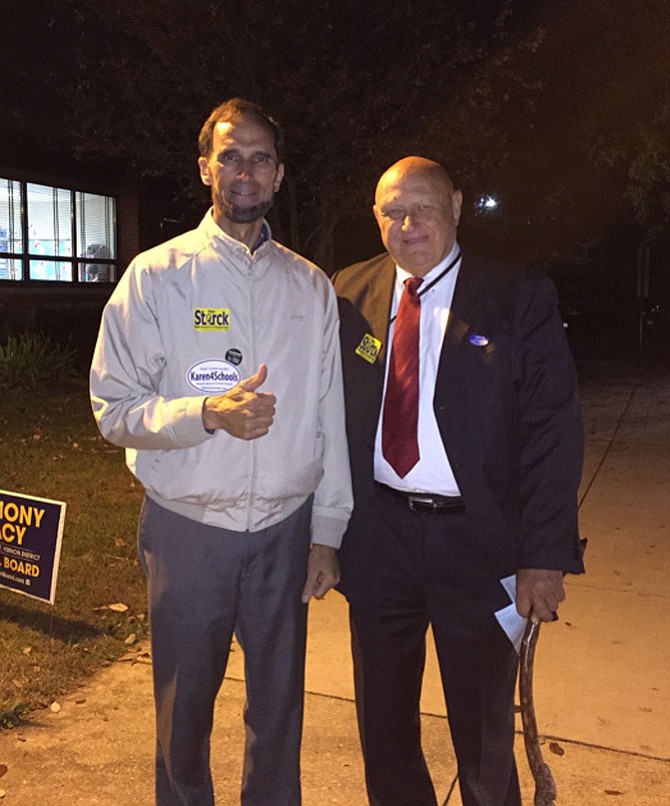 Storck’s victory maintains the status quo in terms of party representation on the board: A Democrat, he replaces outgoing Democratic Supervisor Gerry Hyland who served for nearly three decades.

“I am humbled and honored to be elected the next Mount Vernon Supervisor of Fairfax County,” Storck said in a statement. “I have been privileged to serve this community for the past 12 years as a member of the School Board and I’m invigorated by the potential ahead: revitalizing the Route 1 corridor, increasing economic opportunities throughout the district, fighting to extend Metro’s Yellow Line, empowering seniors, standing up to predatory lenders and so much more.”

Gandee responded to the outcome: “The people of Mount Vernon have made their choice to continue on the path we are on in our district. I have the utmost respect and gratitude for the many people who advised and supported me in my race for supervisor. I wish Dan Storck the very best in his new role.”

“I congratulate Jane Gandee on a hard-fought campaign,” Storck said, “and hope to use the following months to bring our community together.”