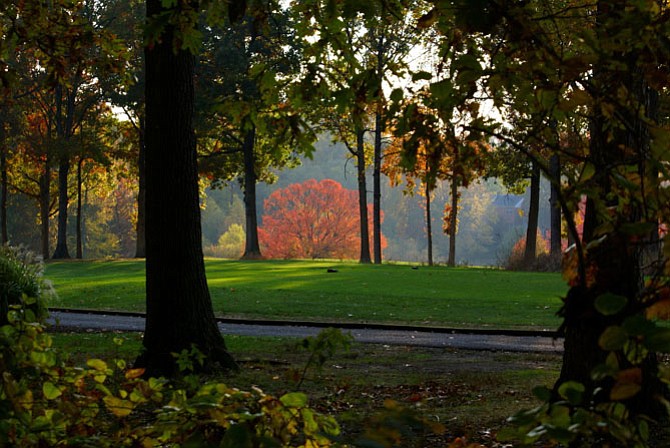 Ed Hass knows where the foxes keep their dens along the Reston National Golf Course. He found an occupied den this spring, and when the kits were born he took more than 100 photos.

“That was pretty special. They were real little, they could hardly walk and were so wobbly,” he said. “They didn’t have a clue to what I was. How cool is that?”

Proceeds from these events will help fund efforts to block residential development proposed on the golf course. 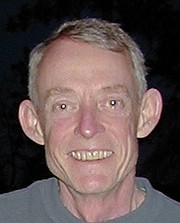 The next hearing in Fairfax County Circuit Court is on Oct, 23 at 2 p.m. regarding Reston National Golf Course. Fairfax County, Reston Association and numerous petitioners who border the golf course property have filed appeals asking for a review of the Board of Zoning Appeals (BZA) April decision regarding how RN Golf Management must proceed to potentially turn the 166-acre Reston National Golf Course into medium-density residential housing.

Rescue Reston is a grassroots volunteer organization comprising supporters who oppose redevelopment of Reston National Golf Course into residential housing or any site development other than a golf course or comparable open space.

“What better way to tell the investor-owner of Reston National Golf Course (RNGC) that you support Reston's planned recreational open space than a fun afternoon golfing or hiking, followed by dinner on the clubhouse patio,” according to Rescue Reston.

BILL BURTON and the Reston Historic Trust led a nature walk a couple of years ago. Burton identified a lot of birds, butterflies and aquatic life. “It really opened my eyes,” said Connie Hartke, of Rescue Reston.

The two-hour nature hike will begin at 3 p.m. on Monday, Oct. 5, along with the golf tournament and other events that will run from 1-7 p.m.

“I wanted to do something for the people that don’t just love golf,” said Hartke.

Burton calls the land along the course, a “maintained environment,” which fosters rich diversity of wildlife.

“They’ve done an inventory of different habitats because it has to be maintained,” he said.

The Reston National property contains “edge habitat” and “old field habitat with hardwood cover” for a great diversity of wildlife. The latter habitat is among the most endangered in Fairfax County.

Ed Hass, who spends the better part of most days photographing the wildlife in and around the course and Bill Burton, geologist, birder and amateur astronomer, will lead the walk.

“I’m pretty familiar with the surroundings here. I’ve lived here 40-some years and I’ve been shooting [photos] since 2008,” said Hass.

So far, he’s taken photos of 90 species of birds that live on the course, or stay temporarily on the course during migration season in the spring.