Local Author To Discuss His Novel at Potomac Library
Votes

Local Author To Discuss His Novel at Potomac Library 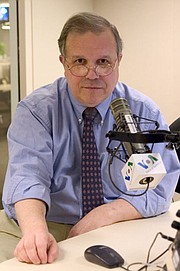 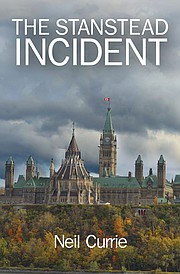 “I hated to see my words just disappear into thin air.” Neil Currie, longtime news anchor for the Voice of America, Congressional correspondent for Westinghouse Broadcasting and writer for ABC News spent his career writing for media presentations – and listening to the words he had written evaporate as soon as they were spoken. This disappearance of his language and thoughts created an impetus for putting words to paper to produce his first novel “The Stanstead Incident – A Novel of International Politics and National Security.”

Currie will be discussing his book at the Potomac Library on April 13 at 7 p.m. sponsored by the Friends of the Library Montgomery County.

Set primarily in Canada, the novel takes place during Quebec’s third movement for freedom from the rest of Canada. Because Currie attended college at McGill University in Montreal and is married to a Canadian, he felt comfortable writing about Canada, the lack of patrols at the border and the possibility that illegal and unsavory people can easily access the U.S. across the 4,500 miles of unsecured border that separates the two countries.

As Currie states in the preface of his book, “Experience teaches that terrorists tend to establish bases in out-of-the-way failed states from which they can emerge to inflict some atrocity. Why not in a better located state that with a determined push could fail? ... The northern border with Quebec – just 300 miles from Manhattan – is largely ignored by the press, although those charged with the nation’s security have long been concerned by its vulnerability.”

The novel centers on “two former college roommates, now in positions of influence in Ottawa and Washington, [who] seek to ‘connect the dots’ and so convince their superiors of the danger of a rogue state emerging on America’s unprotected northern flank.” Currie said, “Although fiction, ‘The Stanstead Incident’ is based on historical fact; the incidents portrayed actually happened, albeit over a period of years, not months. The response in the three capitals most directly concerned — Ottawa, Washington and Paris — mirrors real life. People are by turn funny, testy, tired, in love, annoyed, suspicious, uncertain … everything you are. My characters are not based on anyone I have ever known — each character is different. As I wrote their conversation, it all just began to flow from a group of short stories into a novel. Not only is the book a thriller and a mystery, it is also a love story.”

Currie likes to quote Mark Twain who said, “Fiction has to be believable; non-fiction only has to be true.” Currie’s book is a product of his career in news media and government as well as his knowledge of foreign affairs. He currently serves as the co-chair of the Potomac Library Foreign Policy Group which holds its meetings once a month offering speakers and discussions for the members and guests.

“The Stanstead Incident – A Novel of International Politics and National Security” is available on Amazon.com for $14.95. See www.neilcurrie.net to read more about the book, the setting, characters and author.