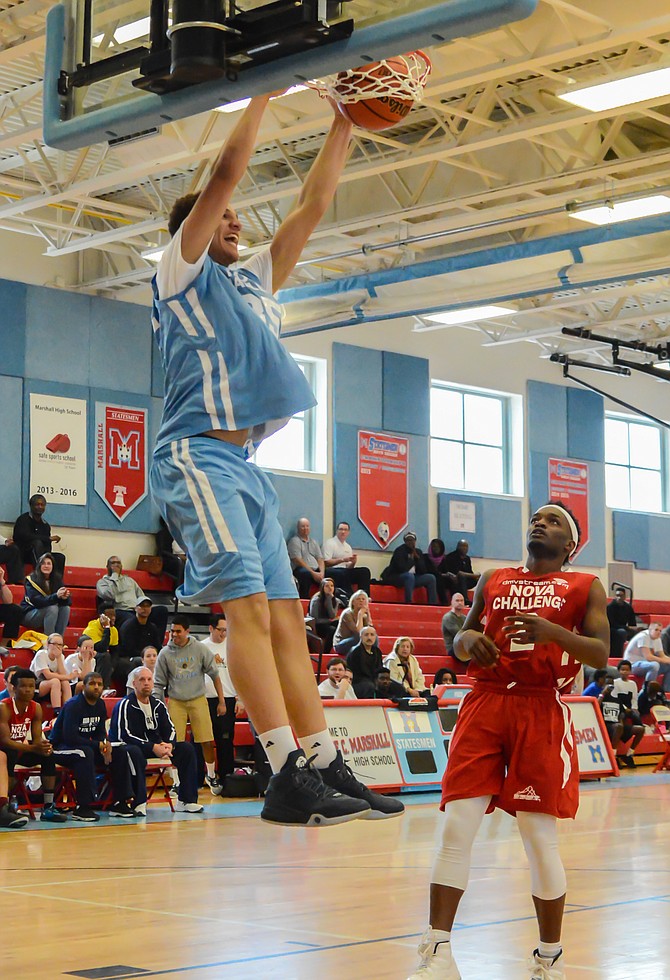 At 6 feet 9, West Springfield senior Lewis Djonkam does most of his damage in the paint.

During the dmvstream.com Nova Challenge, an event featuring some of the top senior basketball players in Northern Virginia competing in two all-star games, a 3-point shootout and a dunk contest, Djonkam showed fans the diversity of his talents.

Djonkam did “big man” things: he swatted shots, scored points in the paint and posted a double-digit rebound total. But he also showed off his shooting touch, knocking down multiple perimeter attempts, including a 3-pointer.

At the end of the day, Djonkam produced a double-double, threw down a dunk, earned team MVP honors and had a blast while doing it. 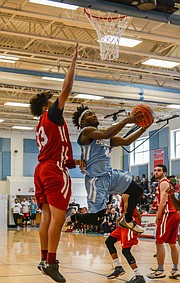 Playing for the Fairfax South All-Stars, Djonkam scored 19 points and grabbed 13 rebounds during a 110-107 loss to the Prince William All-Stars on April 10 at Marshall High School.

DJONKAM, who is still weighing his college options, finished with four assists, two blocks and two steals and was named Fairfax South MVP.

“It was great,” Djonkam said. “Every kid on the court I love. I grew up with half the kids on the court. ... [It was my] last time playing with the kids. It was great. I loved it.”

Djonkam shot 6-for-12 from the floor, and made one of his two 3-point attempts.

“I’ve been working on that a lot,” Djonkam said about shooting 3-pointers. “When I came out today, I was like, ‘I’m going to show them what I worked on.’” 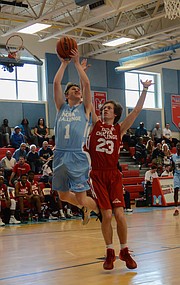 CENTREVILLE’S William Unterkofler scored 12 points and grabbed four rebounds. He also won the dunk contest, earning a perfect score of 30 on his final attempt, when he jumped, brought the ball between his legs and threw it down with his right hand.

Fairfax High’s Alex McNaughton, who will play at Salisbury, scored 17 points for Fairfax North and shot 6-for-9 from the floor, including 3-for-4 from behind the arc. Fellow Rebel Manny Miller had six points and seven rebounds.