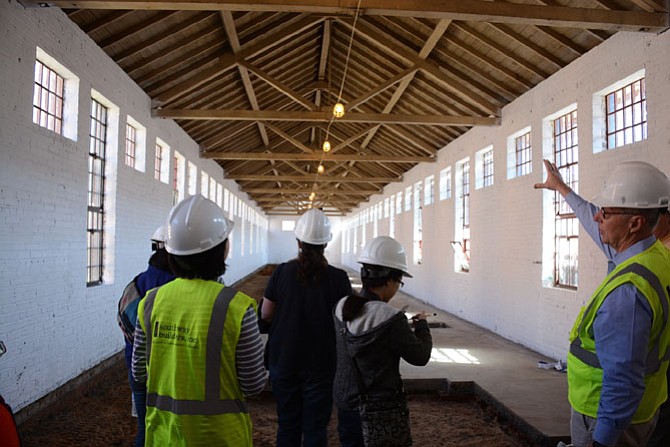 (Right) Scott Carver of Oakton, Director of DC Region and Northern Virginia for the Liberty Crest at Laurel Hill general contractor Southway Builders, Inc., explains how a “finger” building of former jail cells is being converted into apartments. Photo by Tim Peterson.

An infill project of ten single-family homes is under construction.

East side of Gambrill Road, near the Fairfax County Parkway

Eighteen single-family homes on 7.7 acres have been approved; the plan is still under site review.

Seven single-family homes are going into 4.5 acres of what were previously unconsolidated parcels of land. The site plan for the project is still under review.

The Lorton reformatory boiler-power room is being marketed for commercial-retail use.

Phase I of transforming the the 80-acre former reformatory property -- scheduled to be completed in roughly a year’s time -- includes setting up 165 apartments in former prison cells and common spaces, building out 107 homes and modernizing the infrastructure. Phase II will add more apartments, condos and 110,000 square-feet of retail space.

The Clifton Creek substation of Dominion Virginia Power already has a monopole on a 95-acre site around 12895 Clifton Creek Road, however Dominion and Verizon Wireless have applied to move the pole to a different location with more height. The plan was approved by the Board of Supervisors in July 2015. 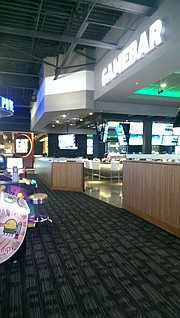 Next to open at the 1.35 million square-foot revitalized shopping center is Zinburger Wine & Burger Bar, scheduled to part its doors. Later stages of redevelopment planning for the area include residential, office and hotel space -- the timing of which is all market-dictated. A release from PREIT said another 73,000 square-feet of tenant space was committed for 2016.

Fairfax Water is planning to reconfigure the quarry as a reservoir in two phases: Phase I will establish storage of around 1.8 billion gallons 2035, while Phase II should add another 15 billion gallons of storage capacity by 2085.

The project began with fish relocation to Lake Accotink in November 2014 and is now nearly complete. The contractor is adding vegetative plugs to the bottom of the lake that will support a new fish population. In late May or June this summer, the Department of Game and Inland Fisheries will begin restocking the lake with fish, the first in a three-year cycle.