From community center to Marco Polo, change comes to Vienna. 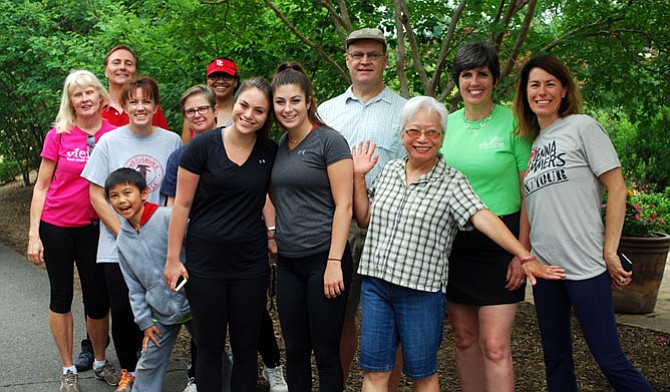 Vienna doesn’t change much … and that’s the way the Vienna zip codes like it --- a small-town feel, family-focused. There’s not much in the way of crime unless an unlocked vehicle break-in counts. The annual Halloween parade, Oktoberfest, Church Street Stroll, and ViVa! Vienna! are traditions that don’t die.

The biggest “change” is the temporary closure of the Vienna Community Center as it enters its second year of renovation. Clubs, programs, special events, have been vectored to other venues during the closure. The community center renovation is also the community’s biggest “news” along with the redevelopment of the Marco Polo building and site.

The Vienna/Oakton Connection talked with Vienna mayor, Laurie DiRocco, about the community center, Marco Polo, and upcoming events and activities.

“We’ve had some challenges with the community center,” DiRocco said, alluding to the standing water issue discovered during the construction. Standing water was discovered along three full-length walls, with resulting mold growth along the footings of the walls. “You could scratch the walls away with a shovel,” said DiRocco. “They were crumbling.” The building, built in 1956, suffered from drainage problems.

The damaged walls have to be replaced. Since this repair was not budgeted in the original proposal, funds will be moved from other projects budgeted from bond issues. “The next bond, we have to put those bond projects back in,” DiRocco said. The Town had a low loan rate of two percent.

MARCO POLO SITE is back to the drawing board. The original proposal, which embraced retail and condos, passed through the Board of Architectural Review, Vienna’s planning commission, and the Town Council, five to 2. Under an old Town of Vienna law, if 20 percent of adjacent property owners object to a development, the application must pass by a margin of, at least, six to one. Under those terms, the re-development plan – which included the demolition of Marco Polo restaurant and on-site houses – did not pass. DiRocco calls the present site “dilapidated” and in-need of new construction.

The developer will re-submit new plans.

The popular Friday morning walks with the mayor begin again on Sept. 9, at 9:30 a.m. from Town Hall. The debut walk merges with a ribbon cutting of the new section of the W&OD trail that was re-routed outside the community center parking lot. From that point, the walk with Mayor DiRocco begins.

The native plant sale, sponsored by the Community Enhancement Commission of the Town of Vienna, is scheduled for Saturday, Sept. 10, 8 a.m. to noon, on the grounds of the Vienna Volunteer Fire Department.

American Legion Post 180 of Vienna hosts the annual 9/11 ceremony on the Vienna Town Green on Sunday, Sept. 11, starting at 9 a.m.

2016’s second warm weather Chillin’ on Church comes alive on Friday, Sept. 16, 6:30 to 9:30 p.m. Like the previous summer Chillin’ block party, the September affair is family-friendly, with live music on the Church Street stage, games for children, and food vendors. American Legion Post 180 of Vienna will sell beer and the Sons of the American Legion will offer food for purchase. Additional vendors to be announced.

OKTOBERFEST, hosted and run by the Vienna Business Association and the Town of Vienna, is planned for the first Saturday in October. The one-day festival features live music, a beer tent, an assortment of food and beverage vendors, a marketplace, and games and activities for children. Proceeds support the Vienna Business Association’s free First Night Vienna celebration in the historic Church Street corridor.