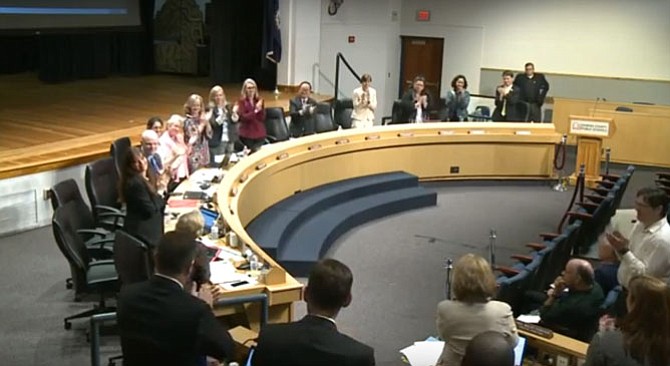 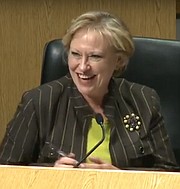 Dr. Karen Garza thanks the board, leadership team and school community for their continued support.

The School Board members voted unanimously to extend her contract through June 30, 2020 at their June 30 meeting.

“Dr. Garza has been an agent of positive change for Fairfax County Public Schools,” School Board Chair Pat Hynes, said in a statement, as she was absent from the meeting. “She has positively engaged the community in a number of critical issues and has been a passionate advocate for our students and teachers.

“Dr. Garza’s leadership has included creation of the Portrait of a Graduate, now viewed as a national model,” Hynes’ statement continued, “Ignite, FCPS’ five-year strategic plan; the implementation of later high school start times; the elimination of early-release Mondays; and investments in teacher pay and lowering class size, all of which have had a significant, positive impact for our students and staff members.”

“Dr. Garza has not only the right skill set, but also temperament to continue leading,” he said.

Braddock District representative Megan McLaughlin added, “We are deeply deeply fortunate in this great county of over one million people, the10th largest school system in the country, that we have been able to not only bring you here, but continue building on a relationship with you.”

“You have led with vision and courage and innovation, and I want to thank you for that,” Evans said.

After the unanimous vote in support of Garza, she took a few moments to thank the board, the leadership team and the school community.

“You took a chance on me, that Texas girl, and brought me here,” Garza said. “Thank you for your continued support, absolutely, this vote of confidence.”

“I think we’re the best in the United States,” she continued. “The possibilities are endless for what else we can do in this school system, the ability to really shape and lead the work at the state and national level.”