Brewery is hosting annual release party on Friday and Saturday. 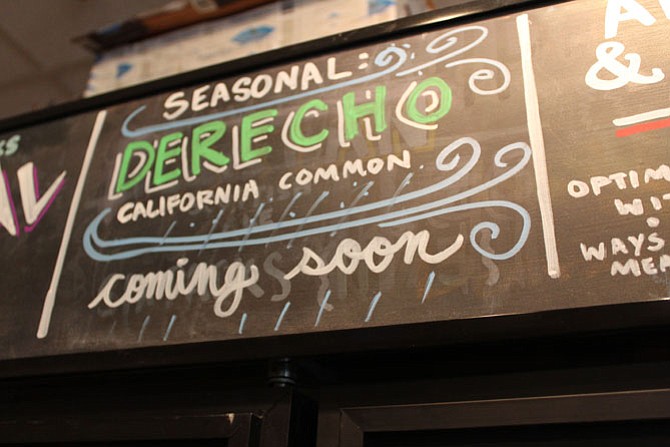 The origins of one of Port City Brewing’s most popular beers came from a rather unfortunate situation. It was the summer of 2012, and an unanticipated storm — a derecho, in fact — blew through the city one late June night, ripping apart power lines and leaving much of the region in darkness for days.

Port City’s brewery was one of the buildings left in the dark by the derecho, and the beers-in-progress rested in the balance. Several days later, the electricity was restored to the Wheeler Avenue location, and what had transpired in the interim became the beer of legend. 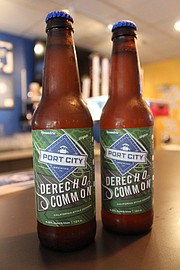 On draft in 2012 and bottled beginning in 2013, the Derecho common has joined the pantheon of Port City’s seasonal repertoire.

“Power is really important for the brewery,” Port City’s Chris Van Orden laughed. “And we had brewed pilsner, which was sitting in a tank, and pilsner is a lager that needs to be fermented cold.”

Port City’s brewers had a problem on their hands. As the temperature began to rise in the summer heat, the brewmasters watched their pilsner warm up much too much. Only a year and a half into service, the brewery would certainly feel the financial pain of losing a tank of suds. So they took another look at their options.

“The temperature starts to rise — of course, we’re not worried about that, per se; we’re worried about making sure the brewery’s intact, (and) thankfully it was — and when we came in to check on the beer we found that the beer had risen to ale fermentation temperatures, which is fine for most of the other beers, but that’s very warm for a lager,” Van Orden said. “But there’s a style of beer known as California common … that was a classic American style — it’s one of the few styles that was truly invented in the U.S. — and it was a lager-yeast beer fermented at warmer temperatures.”

Higher temperatures: Check. A pilsner ready for a makeover: Check. Now came the moment of truth.

The brewmasters “tasted the beer and were actually very happy with it,” Van Orden said. “It just was serendipity.”

What resulted from the 2012 storm became one of Port City’s best beers: The Derecho Common, a beer now brewed each summer with a release date very close to the original derecho event.

“Every year we celebrate it because it’s just one of those, you know — the beer gods were smiling down on us,” Van Orden said.

On draft in 2012 and bottled beginning in 2013, the Derecho common has joined the pantheon of Port City’s seasonal repertoire. And its popularity took hold nearly immediately.

“(Derecho) vies with Tidings, our winter seasonal, for the most popular seasonal,” Van Orden said. “It’s nice to have a beer that people remember the origin for. And it’s just a beer that’s well-suited to summer — really refreshing and very dry and bright. And now that it’s been in bottles it’s been really a runaway hit for us. So having that beer come up in summer is a good excuse to celebrate.”

Derecho’s release party — this year spanning two days, June 10 and 11— has taken on a life of its own, extending well past the storm’s lifespan, and has become a kickoff to the summertime months. And this year, the brewery has some new party plans in place.

“This year, for the first time when it comes to the actual celebration, we are doing a party outside,” Van Orden said. “We did the very first one of those this past January for the Colossal V release. … We are doing that again for Derecho, which is going to be a lot of fun, and it’s nice that it won’t be freezing-freezing cold. And if it rains, then it’s only that much more appropriate."

What to expect: Derecho’s release is one of the biggest events of Port City’s year. “Derecho is probably busier (than any other) — although … all bets are off this year because we have the additional space outside,” Port City’s Chris Van Orden said.