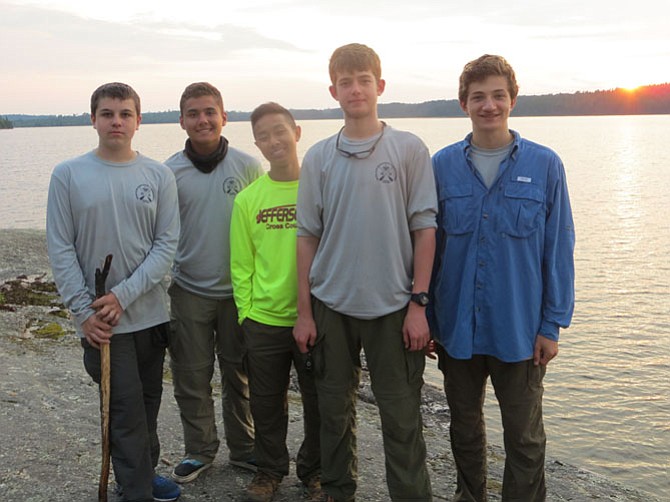 Last summer, Boy Scouts of America (BSA) Sully District Troop 577 sent several Scouts and adult leaders on a high adventure trip to Northern Tier, just outside Ely, Minn. During the trip, the Scouts were divided into patrols which would trek and canoe through the Boundary Waters Canoe Area Wilderness (USA), Moose Lake, and the Quetico Provincial Park (Canada) with the help of a guide from the Charles L. Sommers Canoe Base Camp. The Base Camp near Ely has been offering these BSA high adventure camps since 1941. Unfortunately, Patrol D ran into some difficulties during their adventure.

On June 30, 2015 — the fifth day of their back country expedition — Patrol D left its campsite in three Kevlar canoes for a day trip. Because of the high rainfall during previous weeks, the waterfalls they were going to go observe turned into waterfalls they would soon experience firsthand. The guide led them too close to the top of Upper Basswood Falls and the entire patrol inadvertently went over the falls in their canoes with their day trip gear. One Kevlar canoe split in two going over the falls. Another canoe was damaged beyond repair.

While the guide suffered the most severe injuries, two of the boys had to be rescued from the water and everyone involved sustained cuts, bruises and various degrees of hypothermia and shock. The Boy Scouts used their first aid skills to patch themselves up and to keep warm after having been in the cold waters. With only one canoe remaining, they managed to get back to their morning camp site to get the rest of their gear and first aid supplies. There was no way that nine of them could travel back to base camp with all their gear in one canoe, so the boys managed to contact the Northern Tier Base Camp and give their exact location so that they could be extracted. The rescue mission lasted most of the day.

Upon returning to Virginia, one of the boys’ father’s contacted the BSA National Court of Honor committee to tell them of the boys’ actions during the rescue. Each Scout involved and all three of the parents who accompanied them had to write up a detailed account of what happened and then present their information to the committee. After an evaluation, the National Court of Honor awarded all five boys with national awards.

On Tuesday, June 21, nearly a year later, the following scouts of Patrol D were presented with the Honor Medal and the National Certificate of Merit for their actions during their Northern Tier trip last summer: James Conard, Noah Desmond, Garret Lopes, Albert Pan, and Chase Zimmermann. According to the BSA website, the Honor Medal is given to scouts who have demonstrated “unusual heroism and skill or resourcefulness in saving or attempting to save life at considerable risk to themselves.” The National Certificate of Merit is given to Scouts who have “performed a significant act of service that is deserving of special national recognition.” The adults who accompanied Patrol D last summer were Drew Conard, Eric Desmond, and Alex Lopes.