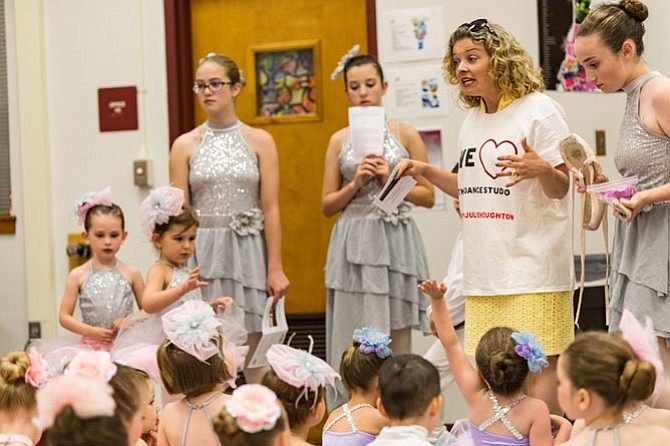 Julie Houghton has help from her daughter as well as the older dance students in organizing all of the children for their performances. Photo by Evan Jenkins/Gazette Packet

Julie Houghton, the owner and director of The Dance Studio at Hollin Hall on Fort Hunt Road in Alexandria, began to close the doors of her studio on June 18, at the studio’s 21st annual dance recital in preparation for her retirement this coming August.

“She started teaching when she was 13,” said Mike Houghton, Julie’s husband.

Houghton opened The Dance Studio at Hollin Hall in 1995 and it became one of the longest running dance studios in the Hollin Hall area. Gov. Terence McAuliffe also thanked Houghton in a letter, commending her for 50 years of service as a dance instructor in the Northern Virginia area.