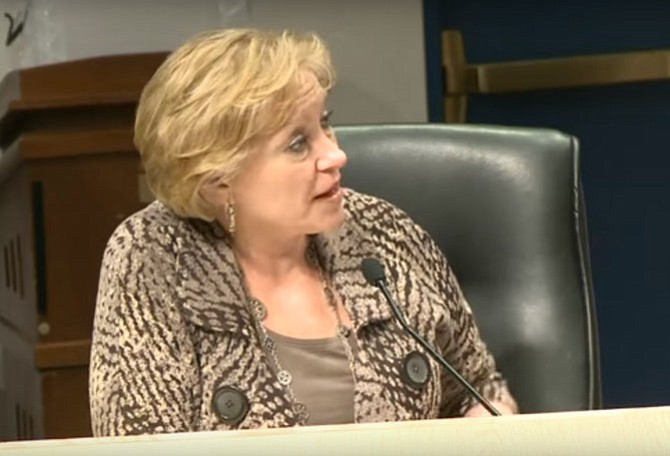 At the March 10 regular meeting of the School Board, Superintendent Karen Garza said the school system will be applying for Federal Emergency Management Agency relief funds to reimburse that total.

“We’ll see what happens,” Garza said, pointing out that it’s uncertain how much the agency might hand out. “It may take some time, but that’s good news. We’ll continue to monitor that.”

Schools are eligible to submit for relief funds, as well as counties, towns or cities and certain non-profit organizations. If FEMA determines the costs are eligible, the agency could reimburse three-quarters of the expenses, with the Commonwealth of Virginia kicking in another 12 percent.

Fairfax County Director of Public Affairs Tony Castrilli said the preliminary estimated costs from the blizzard for Fairfax County, the town of Herndon and public schools is $19.5 million, according to the Fairfax County Office of Emergency Management.

“This was the most expensive snow event in the county due in part to large expenses relating to snow removal activities,” Castrilli said in an email.

If FEMA determines the submitted costs eligible for reimbursement, it would be welcome, if not immediate, assistance for the Fairfax County government and school system whose budgets are at odds with one another: Garza’s FY2017 budget featuring no additional cuts to programs or services, and notable increases to teacher compensation sits under-funded by roughly $68 million from the advertised county transfer.

“The good thing about that,” Springfield District School Board Member Elizabeth Schultz said about the potential FEMA reimbursement, “hopefully that’ll give a little bit of breathing room to the other side.”

At the March 10 meeting, the School Board unanimously approved revenue and expenditure adjustments from the Third Quarter Budget Review of FY2016 — including the snow removal costs.

Coming out of the review, the school system ended up with $5.3 million in available funds, a result of $2.8 million in increased revenue and $2.5 million in decreased disbursements in the school operating fund.

Nothing will be done with those additional funds until the FY 2016 Final Budget Review, when the School Board may need them to cover one-time costs or the obligations for the beginning balance for FY 2018.