Majors surrender four-run lead, get it right back. 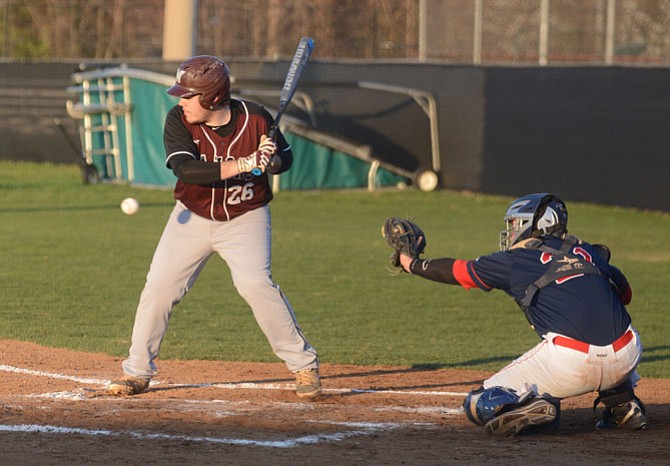 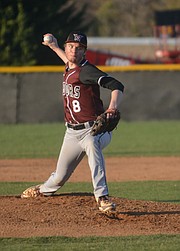 After watching its four-run lead evaporate in the top of the sixth inning, the Mount Vernon baseball team wasted no time getting the runs back.

Mount Vernon’s first five batters reached base in the bottom of the sixth and the Majors scored four runs in the frame on their way to a 10-6 victory over Thomas Jefferson on Tuesday night at Mount Vernon High School.

Mount Vernon led 6-2 after five innings, but with starting pitcher Dawson Summa out of the game, TJ clawed back to tie the score with four runs in the top of the sixth, thanks in part to three hits and a pair of Major errors.

With the score tied at 6, Mount Vernon first baseman Sean Anderson led off the bottom of the sixth with a double to deep left-center field. Two batters later, center fielder Daniel Ryan drove in a pair of runs with a single.

“I always found the trick is just to treat it like it’s batting practice,” Ryan said. “Just clear your head, don’t think about the situation, just have fun out there.”

Senior left fielder/pitcher Isaac Ocampo also drove in a run with a single.

“Against two 6A teams (Woodson and West Potomac) we couldn’t battle back like that,” second-year Mount Vernon head coach Michael LeMorta said, “so it was exciting to see them come back and battle get those four runs right back and take the lead.”

Mount Vernon catcher Pavel Strain drove in a run with a single in the bottom of the first. Shortstop Chris Ginn had an RBI infield single in the third and third baseman Chris Coakley went 2-for-3 with a double and an RBI single.

Summa, a junior right-­hander, pitched five innings and received a no decision. He allowed two earned runs and six hits while walking two and striking out six.

Senior Chip Draper earned the win in relief, allowing no runs and one hit while striking out two in 1 1/3 innings.

The victory improved Mount Vernon’s record to 3-2. However, the five results point to a potential problem down the road for the Majors.

Mount Vernon’s three wins came against Falls Church (5A), Park View (4A) and Thomas Jefferson (5A). When the Majors have faced 6A competition, the results haven’t been pretty. Mount Vernon lost to Woodson 12-1 on March 17 and fell to rival West Potomac 12-2 on March 19. 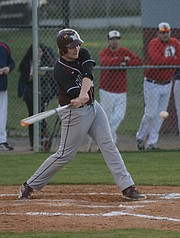 Mount Vernon first baseman Sean Anderson went 1-for-3 with a double against Thomas Jefferson on Tuesday.

Why are those losses a potential problem? After competing at the 5A level for two seasons, enrollment numbers pushed Mount Vernon athletics up to 6A for the 2015-16 academic year. Woodson and West Potomac are both Conference 7 opponents of Mount Vernon, though Saturday’s game against the Wolverines was a tournament game, not a conference contest.

“I truly feel that this group here can compete with [6A] teams,” LeMorta said. “Our first district game against Woodson didn’t really show that. I think we were in awe at first. We played [West Potomac] on Saturday ... and I think we were in awe again. I think once we get to South County on [March 30], I really think we can compete with these teams. It’s just [a] mental game — getting it in their mind that, hey, we’re a good team; we can compete against these guys. Our goal is to keep it close [and] give us an opportunity to win the game.”

Summa said the Majors can improve.

“If we took the first few innings of the Woodson [game] and combined it with the last innings [against] West Potomac, we can easily compete with these teams,” he said. “The game against Woodson, we just blew it at the end. The game against [West Potomac] we just never started until like the sixth inning.”