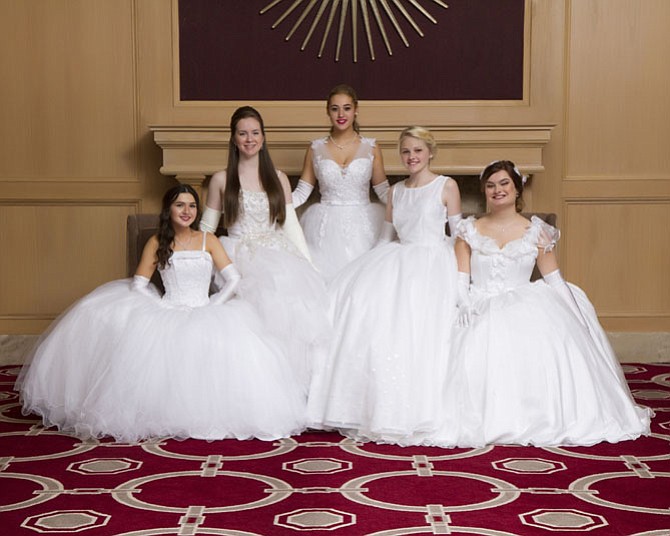 The Old Dominion Cotillion marked its 25th Anniversary in July celebrating the debut of five young women in the community. Since its inception, the Old Dominion Cotillion has focused on preparing young ladies for adulthood with grace, poise and a sense of social responsibility. The year-long program culminates with a ball held at Westfields Marriott in Chantilly. The ball has become the premier event of the ODC’s Social Season. It gives young ladies the opportunity to replace blue jeans with an elegant gown and truly celebrates a young woman’s transition to a member of society.

The Debutantes, dressed in white Cinderella-like ball gowns were escorted by Cadets from Fishburne Military School. After the formal presentation, the Debutantes, their escorts and guests danced the night away to music by Rendezvous.

In addition to learning social graces, the girls also participate in philanthropic activities throughout the Social Season. This year the membership contributed over 900 hours of service to their designated charity, The Ronald McDonald House in Falls Church, and other organizations. The ODC program is open to all girls in grades seven through twelve. Membership is now open for the 2016-2017 Social Season, which begins in October with the Invitational Tea and concludes with the 26th Anniversary Debutante Ball in July 2017. If interested in learning more about ODC or to be placed on the invitation list for the Invitational Tea to be held October 23, contact the Mrs. Sherry Pressley, Founder, or Mrs. Francine Gallagher at info@olddominioncotillion.org