What’s on the City’s Horizon in Fairfax
Votes

What’s on the City’s Horizon in Fairfax 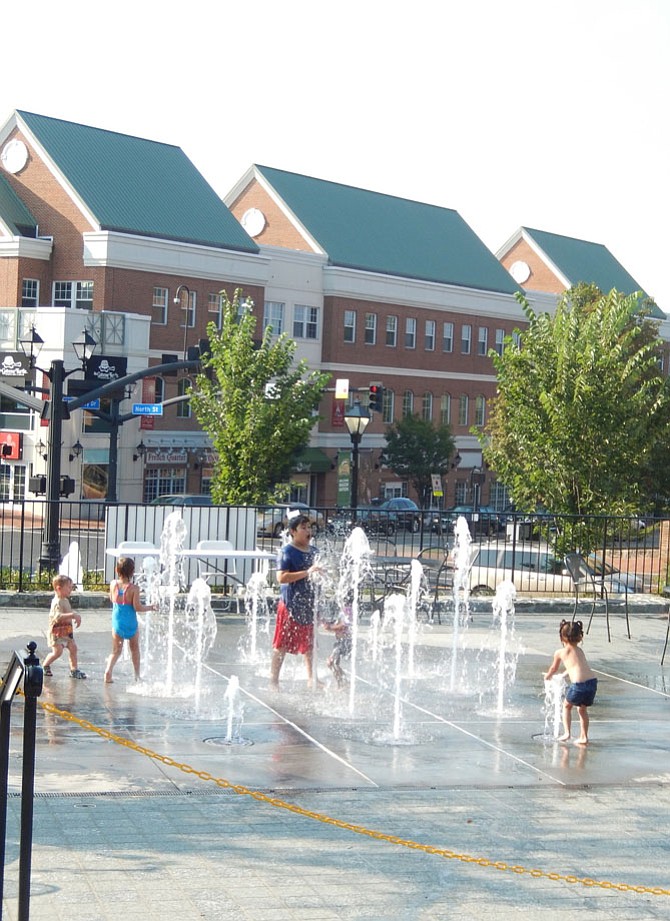 Some of the new, Mount Vineyard homes, as seen from Oak Street. 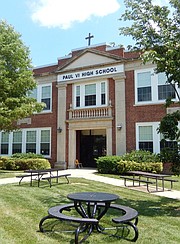 The Paul VI High School site will be redeveloped when the school moves to Loudoun County.

With an eye toward the future, several development projects are either proposed or in the works in the City of Fairfax. Below are details about some of them:

The Oak Knolls Realty Corp. is redeveloping the former Oak Knolls apartment complex into Mount Vineyard, which will boast 102 brand-new condos and 30 townhouses. The site is 6 acres along Main and Oak streets in Fairfax. Planned are two, 32-unit condominium buildings with elevators; 38 stacked condo units and 30 townhomes, for 132 units total.

They’ll all be for-sale units. The four-story, 32-unit condo buildings will have red-brick, fiber-cement siding, metal railings, stacked siding and bay windows on the corners. And a red-brick, courtyard wall along Oak Street will offer privacy to the 22-foot townhome units.

The developer will underground all utilities on site and in the adjacent rights of way on Oak and Main streets, construct a bus shelter, donate money for improvements in nearby Pat Rodio Park and contribute $550,000 to the City of Fairfax toward affordable housing. It will also do streetscape improvements, provide a pedestrian connection to the park and reduce about 95 percent of the site’s surface water flow.

The homes will feature “green” building practices and other contemporary amenities, including rooftop terraces and garage parking. Mount Vineyard is the site of the former home of Richard Ratcliffe, the city’s original architect. The community’s design will incorporate several of the mature oak trees on Oak Street, plus a commemorative marker honoring Ratcliffe and Mount Vineyard. Construction is well underway and is expected to be finished by early 2018.

IDI-RJL Development LLC is building a residential development called The Enclave at the Mantua Professional Center on Pickett Road. The site is zoned commercial planned development, so both office and condo uses may exist on it. Currently there are some office buildings, the New School of Northern Virginia and 181 parking spaces – and The Enclave will join them.

Planned are two, four-story buildings containing 80 condos. Sixteen of the units will be one-bedroom; 48, two-bedroom; and 16, three-bedroom. The indoor amenities will include a fitness center, community room, spacious lobbies and mail/packaging rooms. The 9,000 square feet of outdoor amenities will be a fire pit with seating, patio with seats and gas grills and two lawn areas for socializing.

The condo buildings are being constructed on 3.8 wooded acres, off Silver King Court. The rest of the property will be preserved as open space for a village green for the residents, school and existing office community. A total of 128 parking spaces are planned, plus a bus shelter.

Internal access is planned between The Enclave, the New School and the office complex. To improve stormwater management, water flow will be directed away from the Mantua community and the channel adjacent to Thaiss Park. The developer will also contribute $40,000 to public schools, $30,240 to parks and recreation, and $275,000 to affordable housing. This project is now under construction.

The Fairfax City Council recently approved a plan to revitalize Fairfax Shopping Center. It includes a Whole Foods 365 grocery store, plus three other retail uses in three, separate buildings. And it’s hoped that this project will be a catalyst for future residential and mixed uses in Northfax.

This already-approved, mixed-use development will replace an obsolete strip mall with 400 Class-A apartment units, 29,000 square feet of retail divided between two buildings, plus a Giant Food store – which will be a 54,000-square-foot, full-service, grocery store with pharmacy. Two parking garages are also part of the project.

Dubbed a “transit-oriented development,” it’s located at Fairfax Circle and flanked by Fairfax Boulevard (Route 50), Lee Highway (Route 29) and Pickett Road, so it will have easy access to and from major highways. And now that the lease agreement has been signed with Giant, the project’s construction schedule has been accelerated, with work expected to begin late this year or early in 2018.

CBG, Clark Builders Group, will construct the all-rental apartments, and 6 percent of them will be affordable housing. Two buildings will have retail uses on the first level and five stories of residential above. There’ll be some 3-bedroom apartments, but most will be 1- and 2-bedroom units. Parking-garage entrances will be from Route 50 and from a back street.

There’ll be a through street with a connection at the Bevan Drive signal at Fairfax Boulevard, plus a new, un-signalized entrance on Lee Highway. The community’s road network could correspond to the future redevelopment of the rest of the Kamp Washington triangle, while treating the section connecting Lee Highway to Fairfax Boulevard with several, traffic-calming elements to reduce cut-through traffic.

Also planned are trails connecting to adjacent properties, plus open space including a 5,600-square-foot contemplative space next to the Jermantown Cemetery. Novus will maintain this space as well as the cemetery. This project is currently in site-plan and building-permit review.

In 2020, Paul VI High School will move from its 18.5-acre home in the City of Fairfax to a much larger site in Loudoun County. So developer IDI Group Cos. is obtaining community input about how to redevelop this property along Fairfax Boulevard after the school leaves.

It plans to create a vibrant, mixed-use community with high-quality design and architecture. It will feature urban plazas, attractive streetscapes and open spaces, as well as market-rate, affordable and senior housing opportunities. IDI also intends to respect and preserve the property’s history.

Since cut-through traffic is a problem, IDI will explore traffic calming and consider connections in and out of the site. Many streets lack sidewalks, so there’s potential for strong bike and pedestrian connections throughout the neighborhoods.

Furthermore, residents want a mix of uses, mainly residential. They’d also like some public open space, neighborhood-serving retail and a community use. They want senior and affordable housing and prefer owner-occupied vs. rental, so condos instead of apartments. And they asked the developer to be sensitive to the neighborhood when incorporating the frontages.

Some want the building façade preserved and others want the original, 1934 building re-purposed. And some want IDI to re-create the architectural features in the new buildings. These features could also potentially be incorporated into retail and commercial buildings along Fairfax Boulevard. So far, both residents and City Council consider the proposals IDI has already submitted to be too intense a use of the site. A Council work session on this matter is anticipated for October.