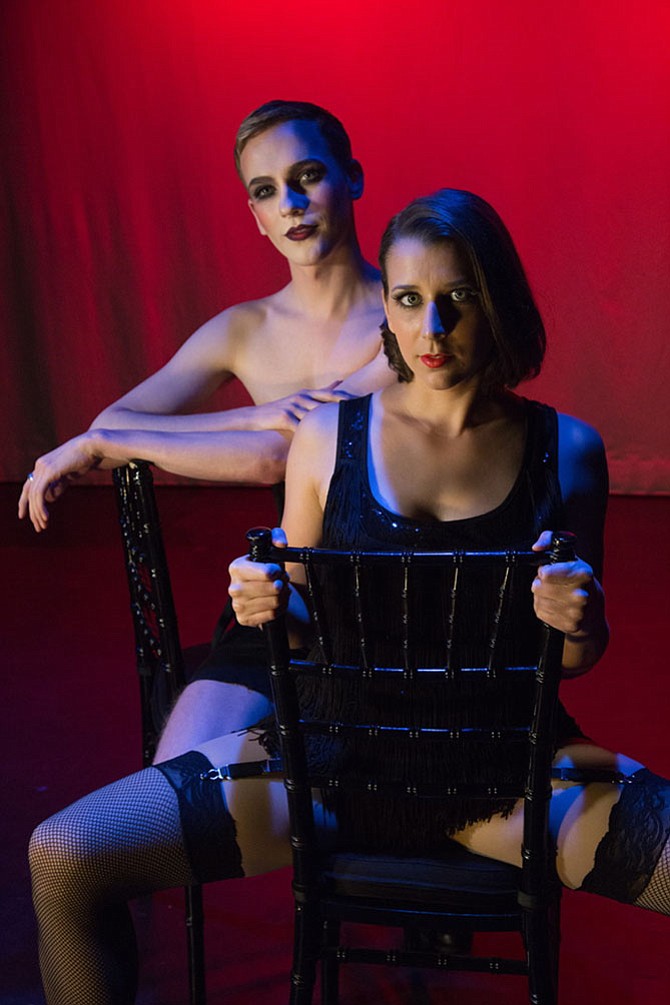 Workhouse Arts Center presents “Cabaret” at The Workhouse, W-3 Theatre, 9518 Workhouse Rd, Lorton. Performances: Sept. 9 to Oct. 8, 2017. Fridays and Saturdays at 8 p.m. with Sunday matinees at 2 p.m. Tickets: $20-$40. Visit http://www.workho...">www.workhousearts... or call 703-584-2900. Note: Limited seating, advance ticket reservations are recommended for this event. Reserved tickets may be collected at Will Call beginning 30 minutes prior to event. There is also a separate admission VIP Pre-Show Lounge Access one hour before the performance. VIP Pre-Show tickets do not include a ticket to the performance.

Opening its second season of in-house produced live theatre, the Workhouse Arts Center will be taking patrons on a journey back to 1930s Berlin with the iconic musical “Cabaret”

“We're very excited to lead off our second season of theatre at the Workhouse Theatre with our production of “Cabaret,” said Joseph Wallen, director, performing arts for the Workhouse. “The creative team is helmed by Jeffrey Davis and Mary Payne, the pair who directed last season's sold-out run of ‘Rocky Horror Show.’’

“‘Cabaret’ is a great choice for our audiences. It hits all the notes our guests want while being terrifically entertaining,” added Wallen. “And there is a very touching, unexpected relationship that we witness as the story and chaos of the pre-war world unfolds.”

For those less familiar with “Cabaret,” the musical is based on the writings of Christopher Isherwood's experiences as an aspiring young American writer traveling through Germany during the decadent Weimar era in the early 1930s. With music and lyrics by John Kander and Fred Ebb and a book by Joe Masteroff, the musical won eight Tony Awards including for Best Musical in 1966. It has been revived on Broadway several times since and is a mainstay of musical theater.

The set-up for “Cabaret” is this: an aspiring young American author, Cliff Bradshaw (Ben Peter in his Workhouse debut), is traveling through the decadent world of Berlin. The Berlin he discovers is at-first unknown to him. Soon he is in the midst of a seductive cabaret culture as well as a relationship with Sally Bowles (Workhouse veteran performer Mara Stewart), a young English chanteuse who is the star at the Kit Kat Club. The denizens of the Kit Kat Club and dwellers in the neighboring boarding house live fast; they know not their future.

In the key role of the Kit Kat Club’s mysterious Emcee is D.C. area actor Jonathan Litalien. The Emcee becomes the Workhouse audience’s close guide during the performance.

The intimacy of the Workhouse Theatre is expected to draw theatre-goers deeper into the plot according to Davis and Payne. With a 14-member cast and a live, five-member band under the energetic musical direction of Darin Stringer the audience will be immersed in “Cabaret.”