Gleeful Look Back in Lorton to 1980s Musical Era
Votes

Gleeful Look Back in Lorton to 1980s Musical Era

“Rock of Ages” takes the stage at Workhouse Arts Center. 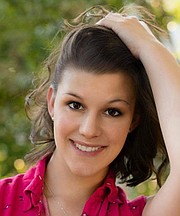 Kimberly Geipel plays the lead character of Sherrie in Workhouse’s production of “Rock of Ages.” 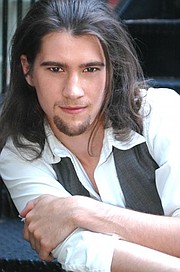 Chris Shaw, who plays the male lead character of Drew in Workhouse’s production of “Rock of Ages.”

Sending love to glam bands and power ballads of the 1980s, the Workhouse is presenting the sounds of the era with a live music infused production of “Rock of Ages.” Written by Chris D'Arienzo the multi-Tony Award nominated, “Rock of Ages” is a jukebox musical with a multitude of numbers from famed bands such as Styx, Journey, Bon Jovi, Twisted Sister and even Foreigner.

The story line that connects “Rock of Ages” to its music and the 1980s is this; an aspiring rock star named Drew (played by Christopher Shaw) longs to take the stage and become the next big thing on the Hollywood Sunset Strip. But there are things that get in his way. These include: a small-town Kansas girl named Sherri (played by Kimberly Geipel) who arrives in Hollywood with her own dreams; as well as some vile developers out to make a buck with plans to turn the fabled Sunset Strip into a shopping mall. Can Drew, Sherri and their friends save the day and keep the Hollywood Sunset Strip full of music?

A musical with two dozen musical numbers and full of big hair, Aqua Net, Lycra, and lace, the freewheeling show is directed by Northern Virginia’s Jeffrey Davis and Mary Payne. No strangers to the Workhouse, Davis and Payne directed the Workhouse’s “Cabaret” and “Rocky Horror Show.” The two are also responsible for the “Rock of Ages’ choreography. The all-important music director is David Weinraub.

“We selected ‘Rock of Ages’ to put a big exclamation point on the end of our second successful season of productions at the Workhouse. It’s a rock-and-roll musical featuring some of the best glam-metal music to come out of the 1980s. For adults in the audience, it will wring a certain nostalgia with each song,” said Joseph Wallen, a Falls Church High School and George Mason University graduate who is Workhouse director of performing arts.

“Our production is big and fun, full of laughs with winks and nods to the fashions and styles of the 80s,” added Wallen. The show has a cast of sixteen with many newcomers to the Workhouse stage.

“We aim to have audiences attending the show feel like they are at party. Since no seat is further than 50 feet from the stage, audiences will feel like they’ve been granted their own personal backstage passes to the greatest rock concert ever,” said Wallen.