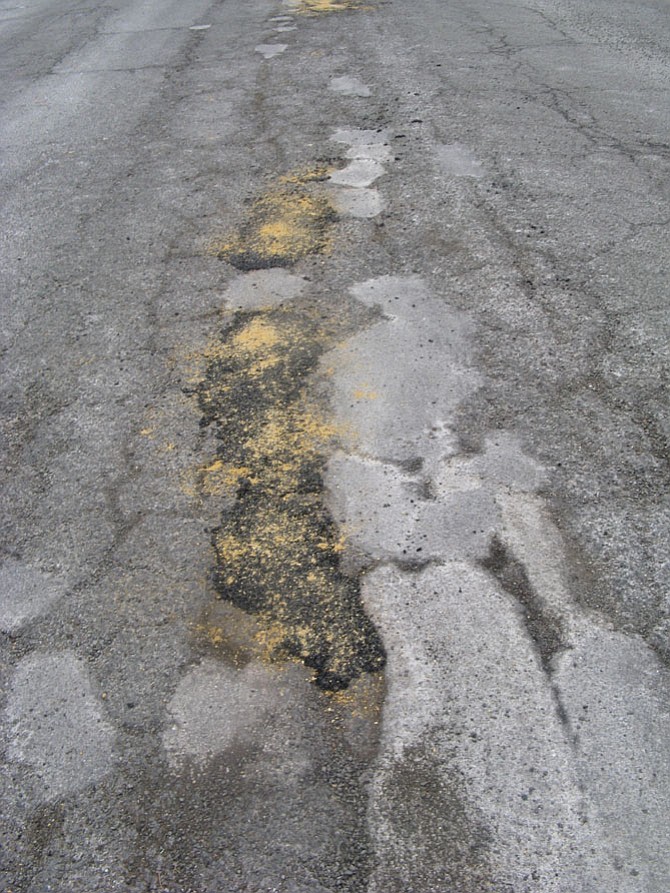 My wife and I have resided on South Pitt Street in Old Town Alexandria for almost 20 years. Over the past decade, we have seen the condition of the street in front of our house deteriorate steadily. The city has addressed this with one half-hearted measure after another. One attempted fix was to cover the street with a tar and gravel mixture, which we were told would pack down to create a hard and durable surface. Of course, this didn’t work.

The gravel mixture got thrown up by the tires of passing cars, both “decorating” the lower sides of the cars and creating loose gravel deposits along the curbs. During the winter, the combination of treating and plowing the streets created potholes. City employees installed temporary patches during warmer weather, but of course this didn’t fix the problem either. The same thing happened the next winter, and the next, and so on.

This winter, even though we have not yet had much snow, the potholes have grown deeper again. The latest act in this farce happened on Tuesday, Jan. 10, while the outside temperature was 27 degrees Fahrenheit. A city crew with two trucks stopped right in front of our house. One crew shoveled an asphalt mixture from the back of the first truck into some of the potholes and tamped it down. The crew from the second truck took some shovelfuls of sand and sprinkled it on the asphalt. In less than 10 minutes they were done, and the trucks moved on down the street. Enclosed with this article is a photo of the street as it looks now. The previous patches are clearly evident, as are the sand-and-asphalt patches just installed.

I would not find this miserable excuse for street maintenance so irritating if I had not also seen city road crews hard at work this past summer reducing the number of auto lanes on upper King Street, installing new median dividers, and creating new bicycle lanes, with everything smoothly and professionally paved. I would like to know how much the bicyclists are paying for this top-quality service, while residents like ourselves — who pay substantial amounts of real-estate taxes to the city every year — get such short shrift. Is this really the picture we want to present to future homeowners and taxpayers in Alexandria? In my personal opinion, this is a clear example of wrong-headed priorities in the decision-making going on in City Hall.