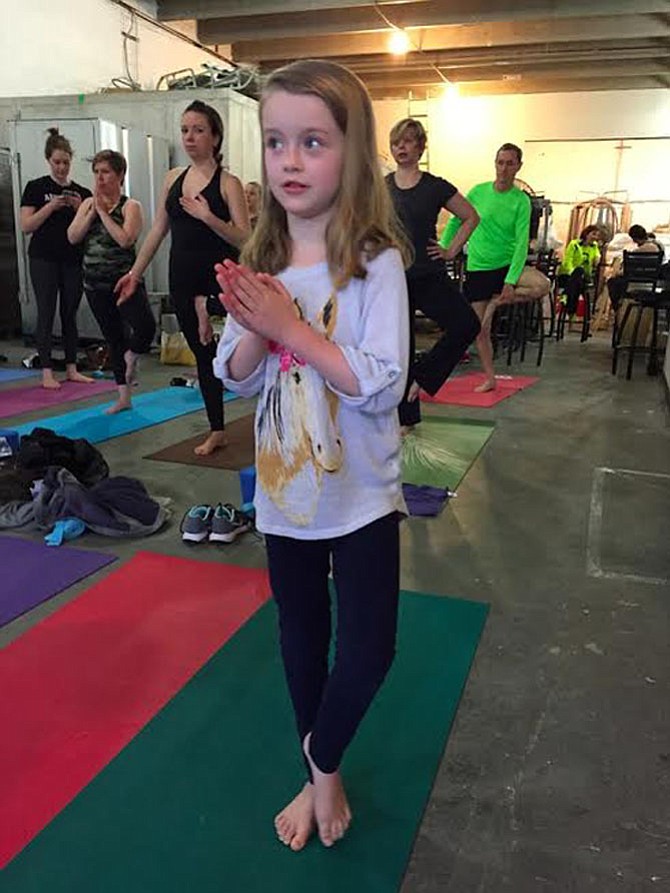 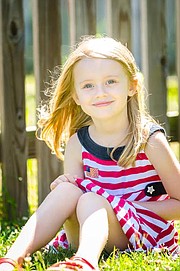 Ellie McGinn is horse crazy. Like many 8-year olds, she loves all animals, but horses are her favorite. She can’t play many sports, but her favorite of what she can do is her therapeutic horseback riding. If Ellie McGinn gets the chance to grow up, she wants to be a veterinarian.

Ellie McGinn has LBSL, a degenerative brain and spinal cord mitochondrial disease. Eventually, it will rob Ellie McGinn of her ability to walk and coordinate motor skills. At school she wears a helmet as any brain damage could accelerate the impact of the disease. LBSL is extremely rare, with less than 100 cases worldwide. The disease is ultimately fatal and there is no known cure.

“It was hard at first,” said Beth McGinn, Ellie’s mother. “It was a shock. We didn’t know that was in our family history. It’s like a one in a billion chance that two people would meet with the same genetic defect and have a child. We’ve always loved her and appreciated her, as time goes on it’s been easier to accept. We’re focused on a cure, gives us hope.”

The Kennedy Krieger Institute in Baltimore is currently researching a cure, but without funding from government or pharmaceutical sponsors the McGinn family needs to raise $3.8 million in personal donations. So far, the McGinn family has raised $200,000 and has met the first milestone, developing ways to test potential medications or cures, and the family is currently working towards phase two, drug trials. But the family is racing against time, with the onset of puberty likely to accelerate the disease.

But Arlingtonians are working to change that. On Jan. 31, Eat.Drink.Yoga, Discover Arlington, and the Crystal City Business Improvement District will come together to host a “Yoga & Beer” fundraiser for Ellie McGinn. For a $20 donation, all of which goes directly towards the Kennedy Krieger Institute’s research of LBSL, participants will get a one-hour yoga class on the roof of 2011 Crystal Drive and two drink tickets for Highline RxR, sponsored by the Crystal City BID. Erin Sonn, owner of Eat.Drink.Yoga, will lead the yoga class.

“It’s traditional yoga in non-traditional places,” said Sonn. “It brings people to the mat who don’t have a background in yoga. It’s a great group of people with lots of fun.”

Sonn says traditional yoga can bring out a lot of emotions in participants, from sadness to euphoria, but most yoga classes disperse immediately after the class.

“This gives you a chance to talk about those feelings with people who might feel the same,” said Sonn.

The class is geared towards all levels.

“You can stay on your knees in child pose and go for beer later, no one is going to judge you,” said Sonn. “It’s not boot camp. If you need to take a rest, take a rest. Do what feels good for your body.”

Angela Fox, CEO and president of the Crystal City BID, said yoga and brunch sessions have been popular in the area and she looks forward to the upcoming event.

“We love this concept,” said Fox. “It combines two good things, one healthy and one playful … I love the concept of how playful yoga can be.”

“Ellie is lovely,” said Sonn. “She’s happy and beautiful and sweet, kind and compassionate. She has a lot of friends who are medically fragile, and they look after one another. She’s a typical sibling, with a little sister who love and annoy each other.”

Beth McGinn said Ellie doesn’t know about the yoga event yet, but she will be excited when she finds out.

“She’s aware of her condition,” said Beth McGinn. “She knows we’re trying to work on a new medicine. Currently it takes a bunch of medicine to keep her strong and keep the symptoms at bay. Sometimes she gets worried. She says ‘Mommy, will the cure change me, I don’t want to change.’ She doesn’t know the full prognosis of the disease.”

Beth McGinn says the push for a cure has continued to give the family hope.

Tickets for the fundraiser can be purchased at www.eventbrite.com/e/yoga-beer-for-ellie-tickets.