Watch Your Back This Summer
Votes

Watch Your Back This Summer

How to prevent, manage, and treat back pain. 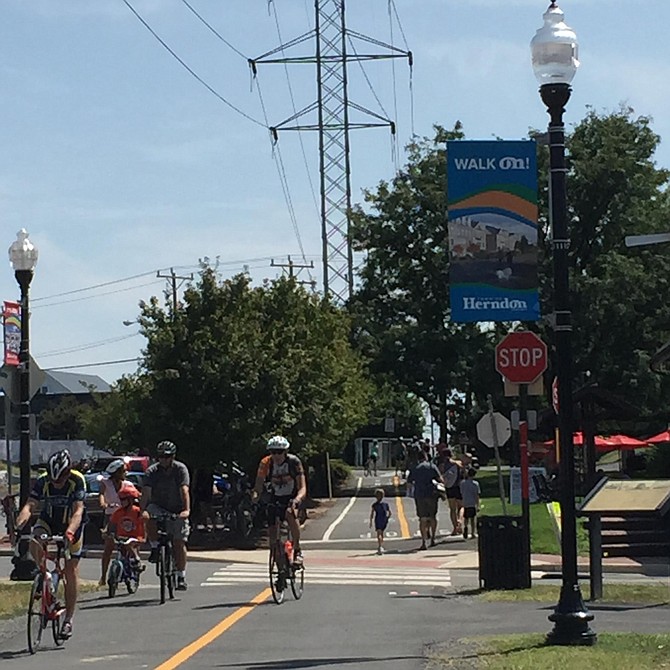 No pain, no gain. Fitness myth or fact? Photo by Mercia Hobson.

“If conservative treatments such as medication, ice, stretching, and injections fail, then it’s time to consider surgery." — Jae Y. Lim, M.D., Chief of Neurosurgery Trauma at the Reston Hospital Center.

Summer is in full swing in Northern Virginia. Everywhere you look, people are out cycling, running, and golfing, enjoying the sun and doing outdoor activities. But all it takes is one move, a twist, a turn, and suddenly pain runs through your lower back.

Days later, after ice packs and ibuprofen, you are not sleeping. You are grumpy, and even when you think you are standing up straight, your loved one says, "You're bent up like a pretzel."

Now what? You make your way to the doctor's office. According to the Mayo Clinic, back pain is one of the most common reasons people see a physician or miss work.

Recently, Jae Y. Lim, M.D, Chief of Neurosurgery Trauma at the Reston Hospital Center in Reston, and one of the principal surgeons at Atlantic Brain and Spine located in Fairfax, shared his knowledge on some of the common causes of back pain, what can be done for it as well as prevent it, especially back pain caused by summer activities or years of wear and tear.

Lim opened the discussion describing the more common summertime back injuries, beginning with those that happen around the house causing a fracture. "Generally, a back fracture is caused by trauma, such as falling off a ladder, roof, or out of trees," Lim said. Painting trim, cleaning gutters, and cutting tree branches are dangerous household chores many homeowners perform. The simple way to avoid these injuries is apparent, "Be aware and use caution," Lim said. Seek immediate care if back pain follows a fall or blow to your back.

Another common back injury Lim sees, especially in the summer, is a pulled back – “a soft tissue injury.” This type of injury includes damage to muscles, tendons, and ligaments. It is especially common in people, who, as Lim said, "are going all out or overly ambitious with yard work or sports." To prevent injury, Lim cautioned, "Work up to it, and slowly. Too often the mentality, especially in sports is 'no pain, no gain.’”

A SOFT TISSUE INJURY can sideline an individual for weeks, and surgery is not appropriate for this type of damage. A vicious cycle may start as the patient with a soft tissue injury restricts movement resulting in the muscles becoming less flexible and receiving less circulation. The best way to resolve the injury Lim said is gentle stretching or yoga. Get the muscles moving to increase circulation so the musculature ligaments can heal faster and get back to doing what they do best, supporting the spine to prevent more serious injuries.

Hydration is necessary to increase circulation, vital to healing. Dehydration can even be the source of back pain, as explained in detail on Lim's website. Between every two vertebra lies a disc that acts as a cushion. The discs are like little water-filled inflatables made up of two parts, a flexible, tough outer ring and inside a gelatinous substance primarily made of water. This inner material takes the brunt of softening blow after blow to the spine. However, many people do not know discs are made to lose water and rehydrate. If there's not enough water in your system, meaning you do not drink enough, the discs flatten out and shrink. The outer layer of the dehydrated disc is then forced to take on the majority of the work, absorbing the shock of impact, which it was not made to do. Eventually, the disc may swell with resulting pain, bulge, or rupture – commonly termed a herniated or ruptured disc.

ALL TYPES OF SPORTS can lead to injuries. In Northern Virginia, residents have access to a multitude of walking, running, and bike trails, paved and cross-country, in addition to golf courses.

Lim said, "Running in itself is not debilitating. It is the repetitive pounding activity produced when running that is."

Lim asked, "Is it worth the price going forward?"

Lim acknowledged running is a widely practiced physical activity, so he suggested runners alter their running form, from a heel pounding impact to a high cadence. "Reduce the impact. Instead of going at a full running gait, leaping then landing, try a high stepping gait, so as not to subject your body force against the ground."

As for cycling, Lim said smooth paths are fine. Rugged terrains, such as mountain bike trails, can strain the surrounding musculature and ligaments of a cyclist, especially if the person’s core muscles are not strengthened. "When those get injured, it's a common back or neck strain."

Turning his attention to golf, Lim said, "Golf has a sequence of steps – turning the hips, spine, shoulders, and wrists. They all have to be in order. The golfer with a back injury has to learn to protect his spine during the turn. Other parts have to take over." Lim said there had been a lot of attention focused on golf and back pain recently because of Tiger Woods. Woods recently had his fourth back surgery, a fusion to alleviate nerve pain that nonsurgical routes couldn't lessen.

LIM IS CHIEF of Neurosurgery Trauma at the Reston Hospital Center, with a specialty in robotic spine surgery. Lim said if a golfer had a typical robotic spine surgery (RSS) compared directly to a traditional procedure, the RSS patient generally would have a faster recovery time and return to normal life.

"Typically three months after surgery, my patients are back out on the green," Lim said. "I advise my patients to start slow though. In short, chipping, pitching, and putting." Asked when an individual would be fully healed after robotic spinal surgery, Lim replied, "Back to fully recovered in 1 year, although some think and feel they are at six months and tell me so. But at the one-year visit, they say no. Now I'm fully recovered."

Asked when surgery is the correct option for anyone with back pain, Lim replied, "Timing has to be well thought out, and the patient decides...surgery is not magic. If conservative treatments such as medication, ice, stretching, and injections fail,” Lim said, "then it’s time to consider surgery." Lim cited as a timing example, a recent robotic spine surgery patient of his.

"The first time I saw my patient, he was in in 80s," Lim said. The man said, "I'm too young for surgery." Then he returned six years later when he was 92. He said he was old enough then and had a successful lumbar surgery."

Regardless if the back pain is a sports-related injury or recurring pain from years of wear-and tear, there are methods to reduce or prevent further damage, and conservative or surgical options for pain. Lim said sit-ups, push-ups, pull-ups all help firm core muscles that support the spine. Exercise with low-impact. Stretch, try yoga. And when conservative pain reducing methods such as ice, ibuprofen, physical training and stretching, do not produce the results desired, and it is not a soft tissue injury, it is time to consider surgery.