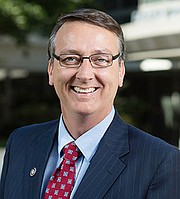 The Fairfax County School Board has voted to confirm Scott S. Brabrand as division superintendent of Fairfax County Public Schools (FCPS) for the period July 10, 2017, to June 30, 2021.

“Dr. Brabrand brings a wealth of experience in education and a broad perspective to the job of Superintendent,” said School Board Chair Sandy Evans. “His collaborative leadership style and his knowledge of Fairfax County schools will be strong assets for him as the new superintendent. We look forward to working with him as we move forward to improve salaries for our teachers and ensure our students are prepared for college and beyond when they graduate.”

Brabrand returns to FCPS after spending five years as superintendent of Lynchburg City Schools, where he oversaw increases in the Virginia Standards of Learning (SOL) pass rates in math and reading and in the graduation rate, particularly for economically disadvantaged students and for Black students. During his tenure, Lynchburg City Schools saw its funding transfer increase for five consecutive years after five previous years of flat or declining transfers. This year, he was named Region V Superintendent of the Year by the Virginia Association of School Superintendents.

Brabrand began his career in FCPS as a social studies teacher in 1994, a career changer who was inspired by doing volunteer work in the schools. During his five years teaching at Herndon High School, he founded a Model United Nations Club at the school, mentored new teachers and proposed a new teacher education initiative, and redesigned the county’s U.S. and Virginia government Program of Studies to align with new state and national standards. He served as an assistant principal at Herndon High and an associate principal at Lake Braddock Secondary School before being named principal at Fairfax High School in 2005. Under his guidance, the achievement gap for Hispanic students in English and math SOL tests was eliminated, and enrollment in Advanced Placement (AP) classes at Fairfax High increased 54 percent during a three-year period. In collaboration with the City of Fairfax School Board and superintendent, Brabrand worked to increase the staff development budget by $80,000 to support new instructional programs and teacher and staff development and mentoring.

In 2009, Brabrand was promoted to cluster assistant superintendent, where he was responsible for 29 schools and more than 22,000 students, and provided collaborative leadership for 27 principals and administrators. Under his guidance, four of the cluster’s six Title 1 schools that were in state sanction for reading and math had those sanctions lifted, and the remaining two schools posted gains in reading and math on SOL tests. Brabrand developed a cluster strategic plan to increase student academic achievement in every school and site based on the implementation of professional learning communities, and was charged with overseeing the priority schools initiative, designed to increase academic achievement in 30 lower-performing schools.

Brabrand is a graduate of Georgetown University’s School of Foreign Service, where he earned a bachelor of science degree. He earned a master’s degree in education from George Washington University, and an education specialist certification from Virginia Tech. Brabrand completed his doctorate in educational administration as part of Virginia Tech’s Educational Leadership and Policy Studies Program. His dissertation was on “Virginia Principals and School Law.” He has taught courses on public school law at Virginia Tech and George Mason University, and on instructional issues in K-12 education at the University of Virginia.