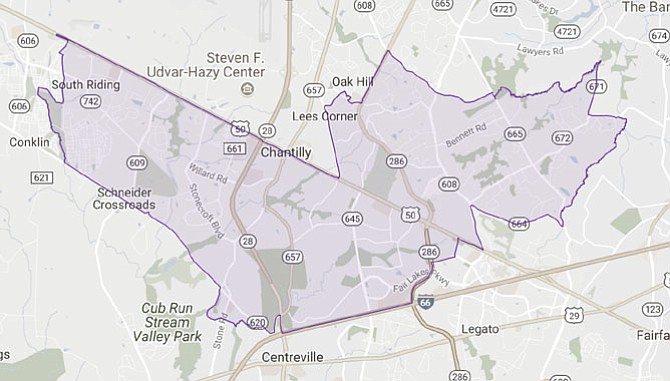 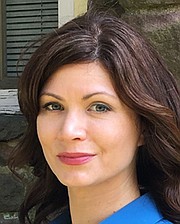 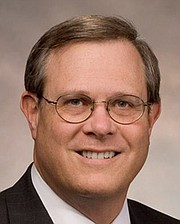 Centreville — Karrie Delaney knows a thing or two about Republican politics. Back in 2004, she was appointed to the West Melbourne City Council in Florida. The following year, according to public records in the Sunshine State, she registered as a Republican. But she lost the election that year after she voted higher taxes. Now she’s running as a Democrat against four-term incumbent Del. Jim LeMunyon (R-67), and she’s hoping her experience working in human services will help her unseat LeMunyon, the co-founder of Sterling Semiconductor. That experience as a former Republican might not hurt either.

“It certainly has given me the ability to see both sides of an issue, and I think that is going to be especially important in this district,” said Delaney. "But also that experience in my life taught me a lot about fiscal responsibility, and that’s a big part of my platform during this race.”

Delaney raised about four times as much money as her two opponents, and she built up a list of endorsements, everyone from Fairfax County Board of Supervisors Chairwoman Sharon Bulova and Sully District Supervisor Kathy Smith to state Sen. Barbara Favola (D-31) and Del. Alfonso Lopez (D-49). She won the primary with 65 percent of the vote. If elected, Delaney says she wants to fight for education funding for Northern Virginia by changing the school funding formula that offers poorer communities more money. She says that formula creates a burden for wealthy areas like Fairfax County, although she acknowledges she does not know how to change the formula.

“I think it needs to be recalculated,” she said. “The nuance of exactly what the outcome of that would be is going to have to come with a lot more study and information on exactly what that ramification would be in other areas and a much broader discussion then about how we would address those issues."

DEMOCRATS ARE EAGER to take aim at LeMunyon’s reputation as a moderate lawmaker, pointing to a voting record that has him voting with Republicans on some of the most conservative issues considered in Richmond. Just this past session, for example, he voted to allow religious-based discrimination against gays. He voted to prohibit local governments from taking any action to restrict enforcement of federal immigration laws. He voted to reinstate the coal employment and production incentive tax credit. And he voted in favor of establishing parental choice education savings accounts. Nevertheless, LeMunyon sees himself as someone who can work across party lines.

"I’m not voting with the Republicans to vote with the Republicans. I’m voting because I think it’s in the best interest of the people I represent,” said LeMunyon. “I call ‘em like I see ‘em, and you can find plenty of votes where I voted with the Democrats and was maybe one of just a handful of Republicans or maybe the only one.”

During the last two sessions of the General Assembly, LeMunyon had more bills signed into law by the governor than any other member of the legislature, 32 of his bills are now law. One of those was the law that authorized Virginia to become part of the Washington Metrorail Safety Commission Interstate Compact. LeMunyon says the goal was to create an oversight authority to review, approve, oversee and enforce safety measures for the troubled system.

“One of the reasons I’m running again is because, not that we need another bill to do that, but I very much want to be involved in the successful implementation of that bill,” he said.

THE DISTRICT, which stretches from South Riding through Chantilly into Penderwood, straddles the county line between western Fairfax and eastern Loudoun. Although the district voted overwhelmingly in favor of Republican Bob McDonnell’s 2009 campaign for governor against Democrat Creigh Deeds, voters here started moving to the left in 2012. That’s when the President Barack Obama took 53 percent of the vote against Republican challenger Mitt Romney, who lost with 45 percent. Ever since, it’s been a solidly blue territory, voting for Democrat Terry McAuliffe for governor in 2013 and Democrat Mark Warner for U.S. Senate in 2014. More recently, the 67th District has become a target for Democrats because it’s one of the 17 Republican-held House seats where Donald Trump lost to Hillary Clinton last year.

"It’s suburban and exurban Virginia where a lot of these 17 House of Delegates districts are where there’s political movement,” said Quentin Kidd, political science professor at Christopher Newport University. "You can make a case to voters who might not be hard Democrats or hard Republicans and convince them to vote for you.”

Perhaps the most interesting thing about this Republican-held district is not just that it voted in favor of Hillary Clinton against Donald Trump, but the margin of her victory. Clinton won all 19 precincts in the district, most of which with overwhelming margins. She won with 58 percent of the vote, compared to Trump, who took only 36 percent. The only precinct where the vote was marginally close was Stonecroft, a part of Fairfax County that includes Westfield High School. Trump couldn’t even win in this most Republican of precincts, picking up only 42 percent of the vote compared to Clinton, who took 50 percent. But Democrats are quick to point out that those statistics will not necessarily translate into a string of victories this November.