Arlington Turns Out to Vote
Votes

Arlington Turns Out to Vote 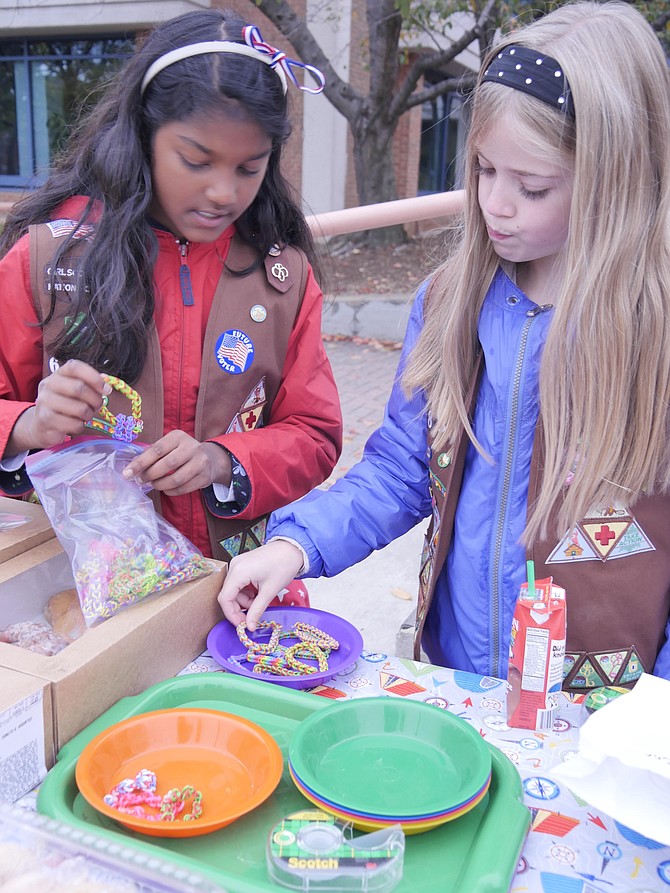 Chocolate frosted, glazed and custard-filled donuts sit on the table at the Central Library for hungry voters. Lizzie Neale (right) of Brownie Troop 6880 says the money will go for military activities and to help their troop. Meera Kuma has also made bracelets. Meera says these will sell for $2 because they take 2-3 hours to make. Photo by Shirley Ruhe. 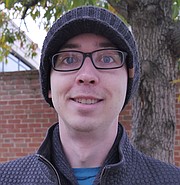 Aleksi White says he figures this is the first election since the Presidential election and a lot of people will be watching Virginia. “So we’ll see what happens. I’m voting for human decency, respect. A lot of my friends are different races, immigrants, gay.” 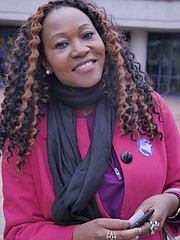 Grace Mukupa, American and Zambian, said, “I feel the need to count in this election. I just moved here from Alexandria. My primary issue would be education that isn’t the same in another country. And diversity is important, too.” 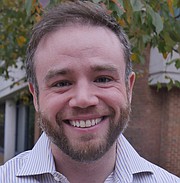 A steady stream of voters walks into the Central Library on Tuesday morning and appears back outside a few minutes later. “Protect Your Rights — Vote Gillespie, Vogel and Adams” is on one corner and “Vote for the team that will stand up to Trump’s politics of hate and fight for all Virginians with Northam, Fairfax and Herring” is on the other.

Some voters shared their views.

Nicole Halbert says she is voting for Virginia as a whole. I”m from southern Virginia, a tiny town on the border of North Carolina.” She says it is the Bible Belt, very conservative and racist with Nazi billboards about a new order. “I want all of Virginia to be like Arlington with diversity.”

Nicholas Ruhly says he is from Toledo, Ohio and he was shocked when he visited Halbert’s hometown recently. “I didn’t know there were places like that.” He says his primary concern “is the environment, [and the] rolling back all of the environmental regulations.”

Another voter marches by. “I’m voting for Northam. I’m a staunch Democrat.” Another voter rushes down the steps declaring he forgot his ID in his other pocket.